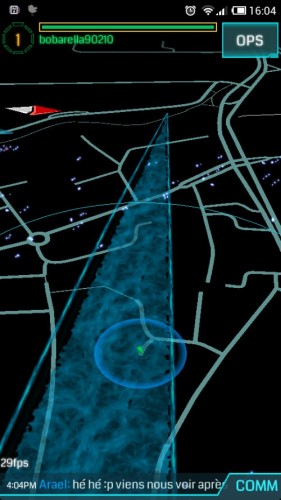 Ingress, a new Alternate Reality game from Niantic Labs at Google, has been working through its backlog of applications to its open Beta and has just made it as far as my e-mail address in its no-doubt huge list. For anyone still waiting, here’s what it looks like.

It’s a game played by two teams, both fighting over a number of “nodes” placed at real-world locations. Managing and linking nodes is the core of the game, as each captured node linked to at least two others claims an area of the global map for your faction. Not design can be upgraded, protected and so on.

The range at which you can interact with objects in Ingress’s world is 50 metres, so playing the game involves a lot of moving from place to place, and if your nodes are often under attack by nearby players from the opposing faction, you’ll have to do this quite regularly. That’s why, as cool as the game looks, it fails the “ELI5” test.

“ELI5” is Reddit-speak for “Explain Like I’m 5”, and handily enough, I have a real-life five-year-old to whom I have to explain just about everything I do in his presence. 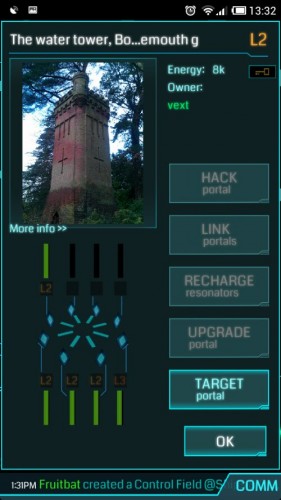 The unfortunate problem with Ingress is that I’m not sure I could convince him – or my wife for that matter – that spending the time on it makes any sense whatsoever. I foresee the conversation going roughly like this:

Me: “Come on, let’s go out!”
Joseph: “Where are we going?”
M: “To that tower thing in the gardens.”
J: “Why?”
M: “Because it’s under attack by the forces of the Resistance! I need to deploy more resonators!”
J: “…Nope, let’s stay in and play on the Xbox like normal people.”

My apologies to the Enlightenment faction, but walking across town on a regular basis in search of dots on a screen is a game for people with lots of that most elusive quality, “free time”.