The “Gecko Cam” is the instrumentation and automation setup for our pet gecko Rimbaud’s vivarium.

At the moment, there is very little automation involved. Initially I had intended to automate a heat mat and a misting system to regulate the temperature and humidity in the vivarium. As it currently stands these parameters are monitored but not controlled.

The setup is based around a Raspberry Pi Model A+, along with a NoIR camera and AM2315 thermometer & hygrometer. Sensor data is recorded every 15 minutes, and used to generate graphs and send emails if either temperature or humidity goes out of pre-set limits. It is connected to the internet and will also upload the graphs and a photo to a web server. 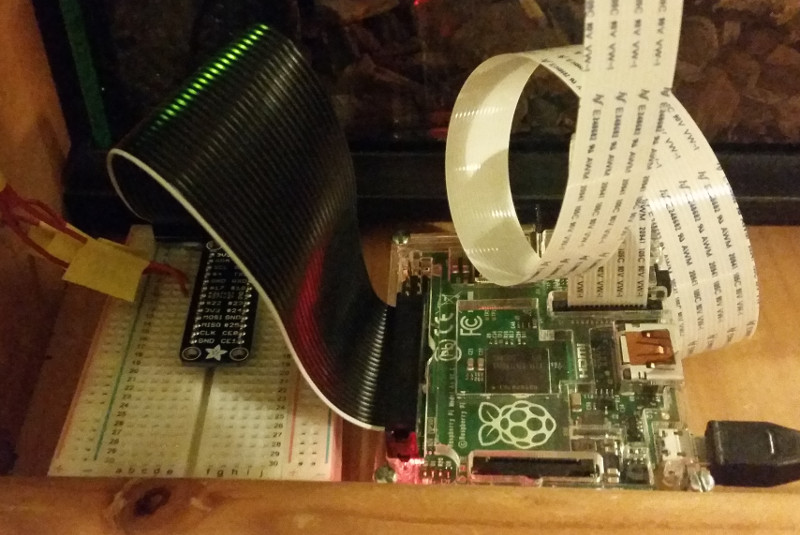 The AM2315 sensor uses the I2C protocol, which was chosen over the cheaper thermometer and hygrometer sensors that bit-bang their output. The connection to the Pi is currently made via a breadboard for testing; this will be made into a proper connector for the Pi’s GPIO pins in due course. 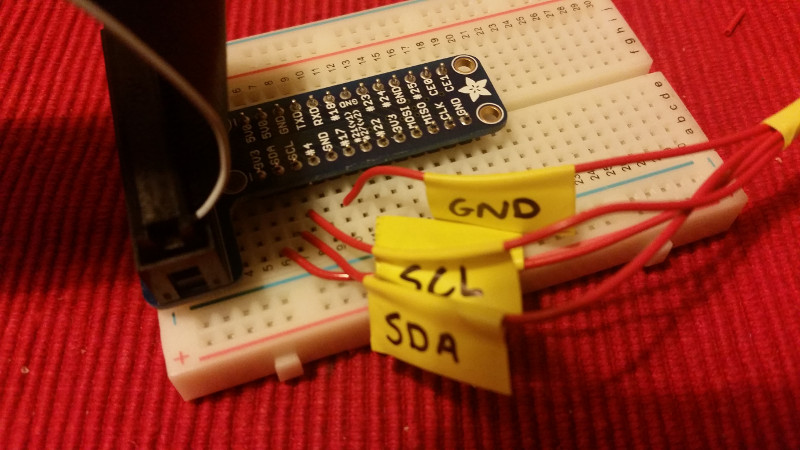 You can see the output of the system, published on the web at rimbaud.renton.es. Software can be downloaded from the project GitHub page, which also explains more about the software side of the setup.