With the project initially being to extend my older ADS-B aircraft tracker into a combined tracker for AIS-equipped ships as well, a possible next step is to additionally support tracking of land-based contacts using APRS. At the moment I’m not rushing to integrate this—I think I’ve spent enough money on radios this year—but the screenshot below shows the level of tracking that should be achievable.

The data here was collected using my HackRF, which I use with my PC rather than the RTL-SDR dongles which stay attached to the Raspberry Pis for use by Plane/Sailing. I used SDRSharp to demodulate the APRS frequency, passed audio via VB-CABLE to the Direwolf APRS decoder, then displayed the data in ARPSISCE32. 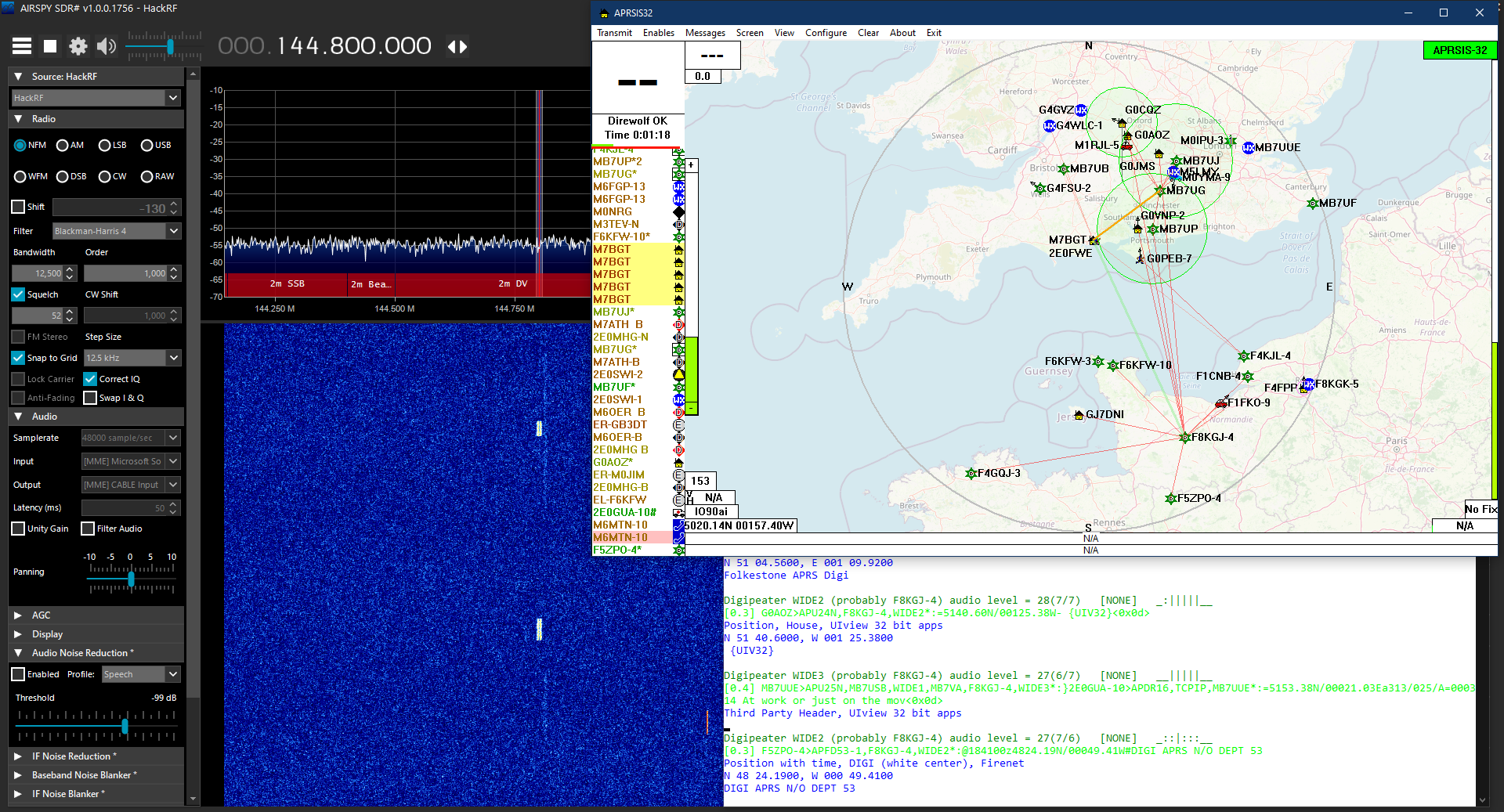