It is a very strange feeling indeed to increasingly shuffle towards adulthood whilst also having a young child of your own. Time twists and stretches, unsure of which way it ought to bend. There is the adult mind for which time is speeding up, one year blurring into the next until each is indistinguishable from the last, and then there is the child’s development pulling the other way, slowing things down, big changes happening in weeks instead of years. 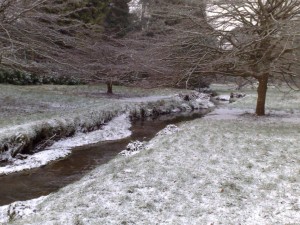 2009’s beginning feels like an eternity ago now, even though events of 2008 seem like they happened only yesterday. A mild January gave way to a frozen February, icing up the roads and making us trudge to work through inches of hard-packed snow. I worked on software I barely remember, and dreamed of fulfilling my ever-present wanderlust.

Little did I know that that feeling would be squashed sooner and much more impressively than I could have imagined. In March, and again in May, I traveled farther across the world and across cultures than I ever had before. As I blogged from the plane on my first trip out: 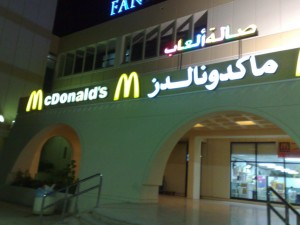 “I have watched the sun set over Iraq, seen the lights of cities glow beneath me, and further out the flourescing military bases, square and uncomfortable amidst the desert. I have watched the first stars come out over Kuwait, reflected in the orange plumes of oil platforms in the Gulf below.

I am sitting in an aeroplane 33,000 feet from the sea below, eating salmon and cucumber sandwiches, and I’m on my seventh cup of tea.

And, in thirty minutes time, I will land in a country that doesn’t speak my language or even use my alphabet, where I am alone, three thousand miles from home.

My wanderlust is sated, and I am loving every minute of this.”

As it turns out, for a traveler, that part of the world is not all that different to home - no massive culture shock awaited me, rather, it was the smell of Costa Coffee and Cinnabon that awaited me at Bahrain airport, and the sight of McDonalds’ golden arches that first greeted me when I traveled over the King Fahd Causeway into Saudi Arabia. And of course, naval bases are naval bases. Only the predominance of dust and sand over wet earth and of palm trees over low bushes hinted that I might be in Jubail rather than Portsmouth.

In April I turned more political, blogging about police brutality and the right to bear arms, and writing my first of many letters to my MP. May brought with it a new mobile phone, and thus a new source of obsession for me. It’s probably the first time I’ve pre-ordered a gadget and not been burned by the high prices and poor reliability that normally plague the early adopter.

May, June and July meant time to catch up with old friends, taking Tea on Southampton Common with the remaining Southampton Contingent, then Bournemouth Extravaganza 3 a few weeks’ later with yet more, then RABIES 5 at which a whole mob of Southamptonites past and present disappeared into the Hedge, and reappeared only slightly weirder. All of it was topped off by Pimms on the Common as June turned into a blazing hot July. 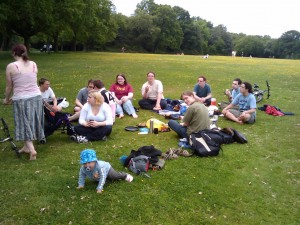 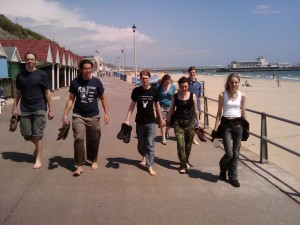 Late July and early August were spent visiting Eric’s family in Spain, where the weather was typically Galician - i.e. not particularly better than what we’d have had back in Britain. Part of me longed for the heat of the Gulf again, though by that time of year Jubail would have been sweltering in 50-degree haze. Perhaps a bit too hot. My Spanish was embarrassing, as always, though I made it through without causing too much offense. 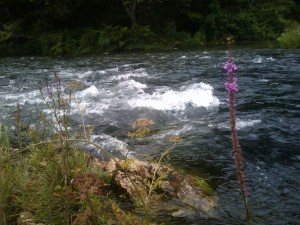 We cast our net further afield this time, having extracted all the fun that could be had from within 5 miles of Sada last year. Mostly this involved begging lifts off various family members, as driving licences have eluded both of us this year. We hiked to the monastery on the River Eume, toured the city and cathedral of Santiago, and atop the cliffs of Seixo Branco, I proposed to Eric. We are to marry in the year 2012 - shortly before, she says, the world ends.

Back in the UK, August kicked off a splurge of commitment to personal projects, not all of which died off before the month was out. I wrote a team picker for the Premier League Fantasy Football game, and a Twitter client, both of which are still going strong. I also promised to regularly publish sections of Forgotten Children in the hope that it would encourage me to write, though that seems largely to have fallen by the wayside after only four chapters. 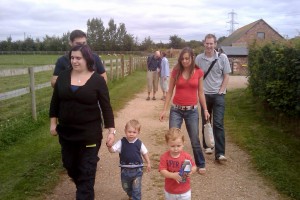 In September and on into October, the world around us grew cold once more. Days were spent on trips, exploring and photographing more of the county now that our kid no longer requires an afternoon nap and all the associated infrastructure. Possibly that’s the best bit of toddlers’ development - as time goes by they need less special consideration and fewer bags of Baby Stuff. First goes the pram, then the bottles, the jars of baby food, the pushchair, and one day, at long last, the nappies.

Also in October, I leaped aboard the Guardian vs. Carter-Ruck bandwagon as it stormed through Twitter and blogs, and moved my own website from Drupal to Wordpress, an achievement that did not come without a loss of both hair and post metadata. My branch of my company got sold - to the Germans, so I guess I now do U-Boats for a living. Apart from the traditional recycling of middle management, very little has changed.

November, as all Novembers seem to be for me, was about an eerie feeling of not quite gelling with reality. To once again shamelessly blockquote myself:

“Then, as now, it’s most marked by a feeling of disconnection – that there’s some distance between myself and the real world. Chores go undone, meals uneaten, important things forgotten, and my brain floats between creativity, blank ‘meh’, and frustrated boredom. Combined with the residual Unseelie feelings from the Hallowe’en just passed, and the leaves blowing past in the wind, it puts me in a strange place.”

Through all that I churned out three short stories, which marks my only literary output this year excepting the four fragmentary chapters of Forgotten Children. NaNoWriMo was decisively avoided, thus preserving my sanity (and ability to retain my job). And lastly I sowed the seeds for my next online roleplaying game, which kicked off in December. It has been a year since the end of the Changeling game which had been a permanent part of my life for rather too many years, and I am missing that feeling almost as much as I miss the Southampton geeks that play in these games.

And so the year rolled around to December once again. As the weather closed in and ice coated the streets, we hung our Christmas decorations and prepared for the Christmas Onslaught. This year came with even more celebration than normal - Christmas Eve and Christmas Day with the in-laws in Guildford, followed by Boxing Day with my family back in Bournemouth. Today was a brief respite before the descent of Southampton and ex-Southampton geeks tomorrow for Christmas #4, and then at last Christmas #5 with my family again next Sunday.

Then down will come the decorations, on will go our scarves and coats, and it will be January once again. 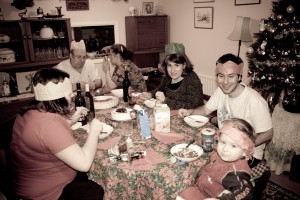 So that was 2009, a year that blurred into days and yet also stretched out to decades, full of changes that remained the same and brief fleeting glimpses of a distant past that was not really all that long ago.

Also, jetpacks and hovercars please. 2010 is the goddamn future.