London is a strange place.

Not the places the tourists see — the shopping streets, the palaces, the museums. Those I understand. What’s strange to me is the rest of it; the places where people live and work. The estates of a thousand homes, red-brick and identical and unaffordable, each one hiding its own stories and secrets behind its unremarkable façade. The big houses split into dozens of tiny apartments, crammed in between the gas works and the scrap metal yards. The million-dollar cookie-cutter canal-side apartments, and the dirty bedsits under the railway bridges. 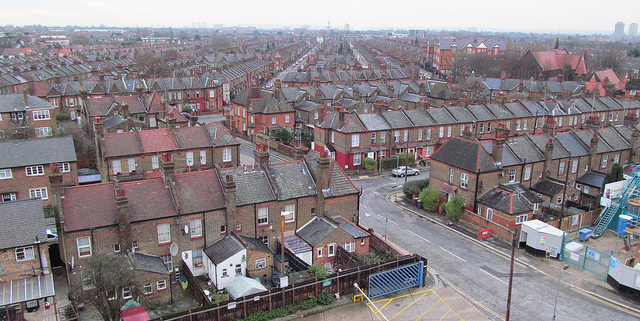 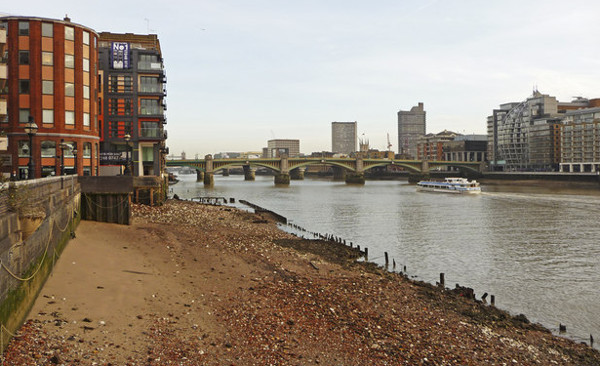 My own town is only a couple of miles wide, with a population just under 200,000. It’s too big for me — one day, perhaps, I’ll get that slate-roofed cottage in a little village by the sea — but it’s a place I feel comfortable, a place where I have an identity. Perhaps it’s the upper bound on the size of place that I can consider without feeling crushed by it all.

I’m pretty sure I wouldn’t survive living in London. It astounds me that others manage it; to get through each day in the knowledge that you’re one of 20 million people living in one of a million homes; catching the rickety tube train home at night to a suburb and a street indistinguishable from the rest.

And London I’m sure is not the worst offender. Take this famous photo of Barcelona from the air, block after block of apartments and shops and offices and millions on millions of people stretching all the way to the horizon. 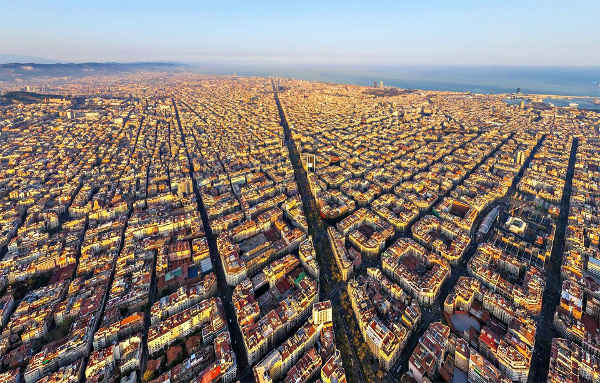 Or worse still, this diagram superimposing the extent of the Tokyo metropolitan area over a significant portion of my entire country. It’s population is nearing 40 million. 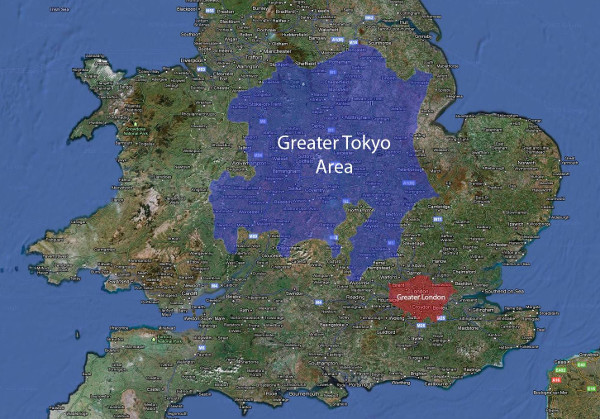 I have nothing but respect for the people who can survive living in such a place. I hope that I never have to, for I’m sure that a year and a day in the city would be the end of me. I’d be swallowed up by the enormity of it all, the drudgery pervading my soul, my name and my identity lost in the choking air that spirals up and out over the city.