One of the goals of the All-Terrain Pi was to have a “game-like” smartphone control experience, where touch and tilt input controls the vehicle, and the feedback is full-screen video streamed from the vehicle — and all of it in the browser for maximum cross-platform compatability.

With the control input sorted, it’s time to sort out that streaming video.

For the browser, there’s only two options that don’t require (often desktop-only) plugins: HTML5 video and MJPEG. Of these, getting the Raspberry Pi camera video encoded into something that would work cross-platform with HTML5 video turns out to be particularly awkward, so MJPEG was chosen.

MJPEG (motion JPEG) was also the video streaming format used on the tank. There, it returns only a couple of frames per second from a webcam with proper Video4Linux support, so I wasn’t optimistic about its performance with the Raspberry Pi’s unusual camera. 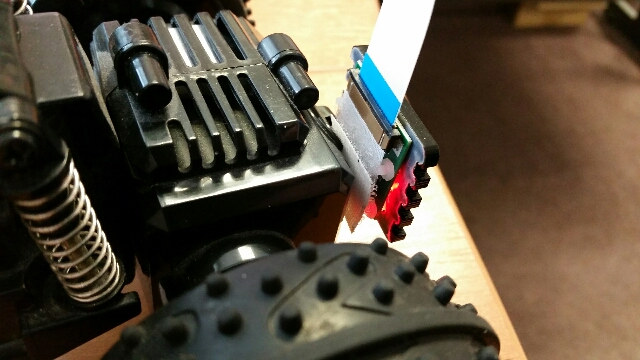 Luckily, I shouldn’t have been worried. Github user jacksonliam has written an mjpg_streamer input plugin specifically for the Raspberry Pi camera, which with good network conditions can achieve 15fps at high resolution!

One compile of his experimental build of mjpg_streamer later, we were up and running! (Compiling required dependencies: cmake build-essential libjpeg8-dev imagemagick libv4l-dev. I’ve been lazy and included the whole thing — binaries and all — in my repository, if you want to grab that and save yourself the compile step.) 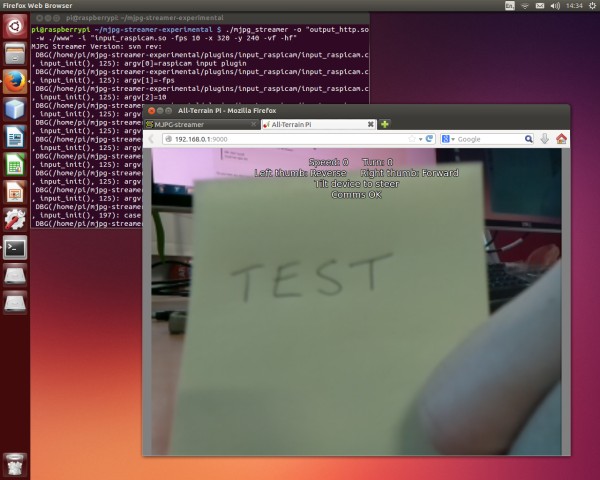 With mjpg_streamer successfully streaming video at >10fps (much better than the tank), all that remained was to point the All-Terrain Pi’s web interface at the MJPEG stream and use it as the background to the control UI.

The interface is complete! 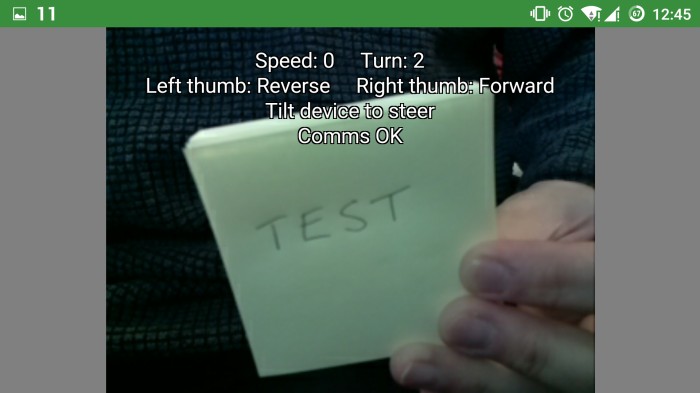