Having put together the full set of server-side processing software, the finishing touch for the Plane/Sailing project is the web interface by which the data is displayed to the end user.

Luckily, I had already done most of the hard work in UMID1090, the predecessor to this project:

For Plane/Sailing, I decided to drop some of the more complex options for configuring the software, and instead go for a full-screen map with only a few options hidden inside pop-out panels. I used the dark map background, blue highlights and Exo font from my Career Explorer to give it a more futuristic feel. It’s not just an unnecessary military interface, it’s an unnecessary Hollywood military interface.

Version 1 provided a more limited set of options and no track table: 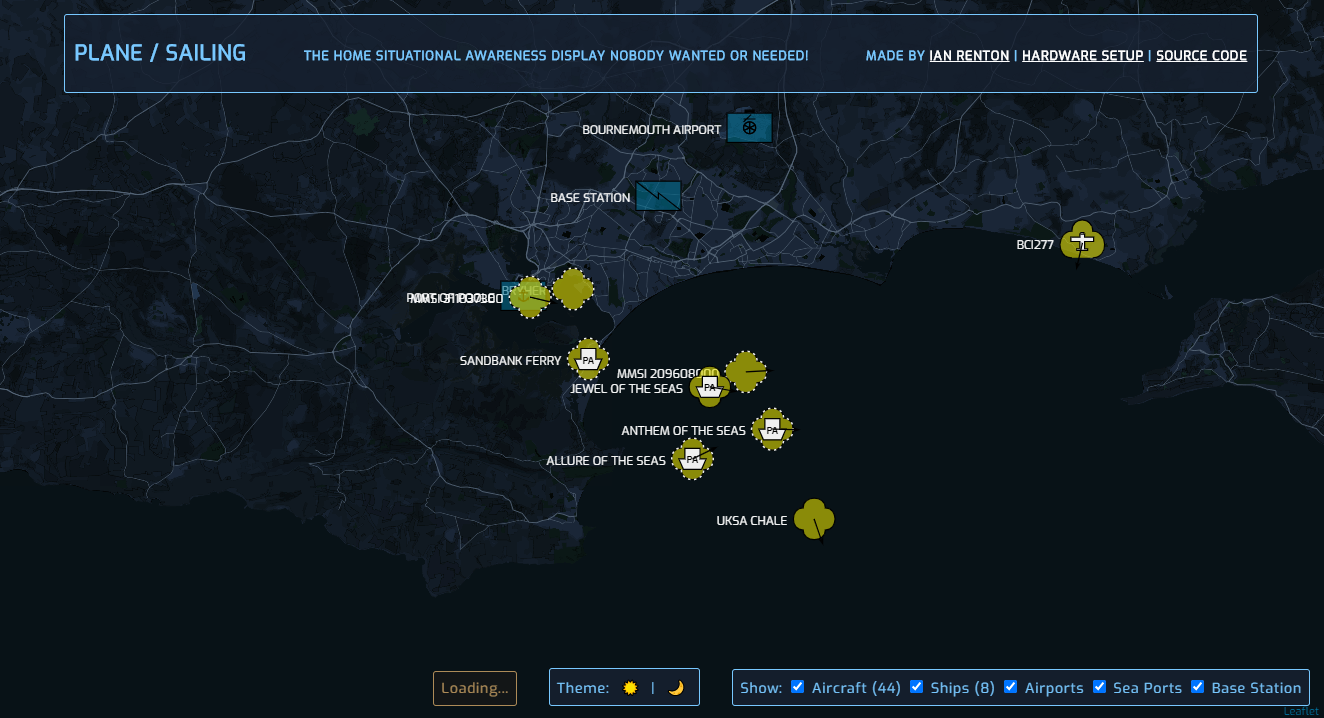 Version 2 re-added UMID1090’s track table, and brought across a few extra configuration options, along with the major rewrite in order to have it communicate with a dedicated back-end Plane/Sailing server rather than directly accessing data within Dump1090 and AIS Dispatcher.

Source code is available on Github and is in the public domain.

I host the front-end using GitHub Pages, as it’s an easy way to make it available given that the software is already hosted there. If you’re replicating this build for yourself, you can of course do the same, or alternatively it could be hosted from the same Raspberry Pi that runs the rest of the software if you prefer.