“A Thousand Words” was a community site where users post short stories inspired by user-submitted pictures. I made it for my wife, and wrote the first story to get things started, but it never took off and was eventually discontinued.

Registered users were able to post stories to accompany a photo; new photos were added once a week by administrators from a pool of suggestions made by the users. Users could also rate and comment on stories. The site frontend was plain but functional, while the backend admin interface was the bare minimum to do the job. 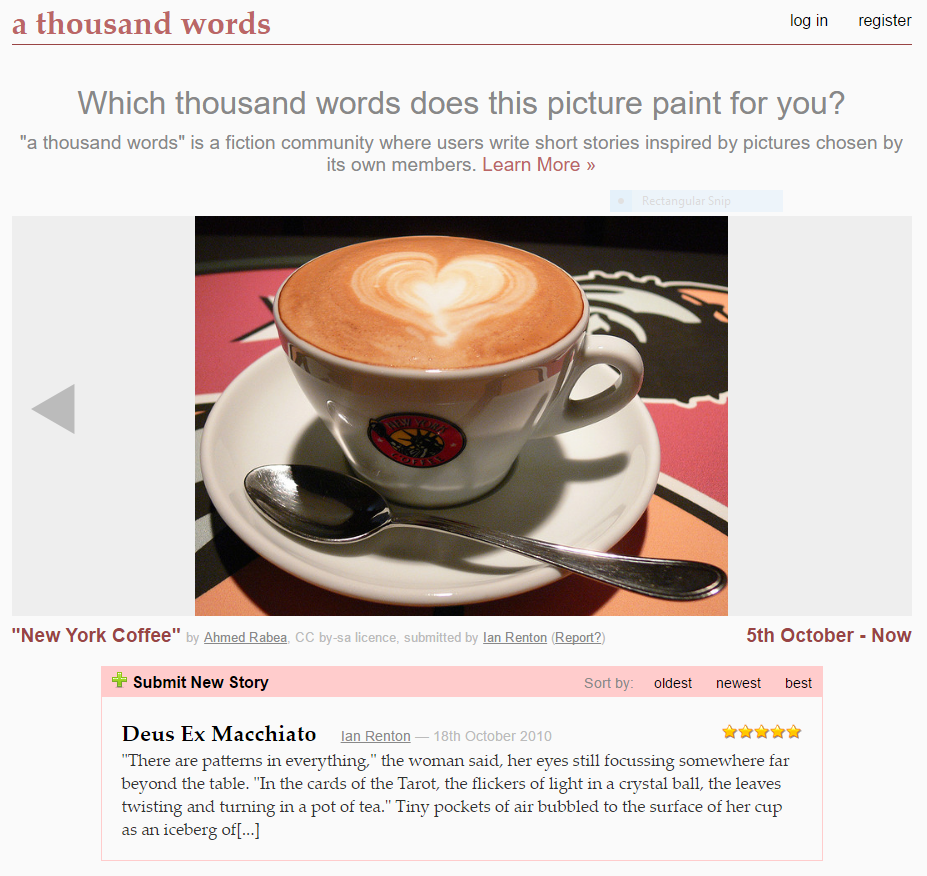 The code was open source from the start and can be downloaded from GitHub. It should be fully functional, but it was written a long time ago so the quality of the code is probably somewhat lacking.

The development of the site was detailed in a series of blog posts: