January, it seems, has become our decorating month.

This year it was the turn of our bathroom and bedroom, unwisely at the same time and with both sets of parents helping.

It was long overdue—both rooms had mould problems that we’d been ignoring for as long as we could. Our bathroom has no windows, and the paint was starting to come off the ceiling. 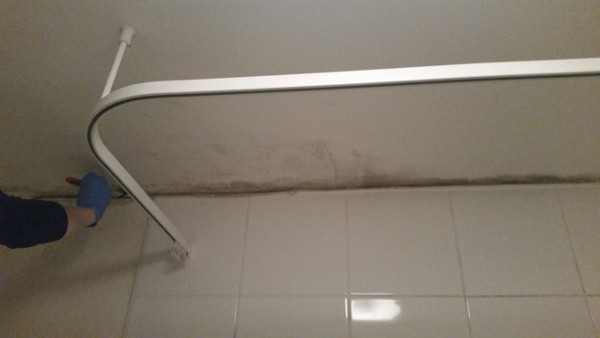 Attacking the mould in the bathroom

Our bedroom had problems along all the external walls, just like every other flat in this building, and the colour scheme of “new build magnolia” fading into “mould grey” had been around far too long. 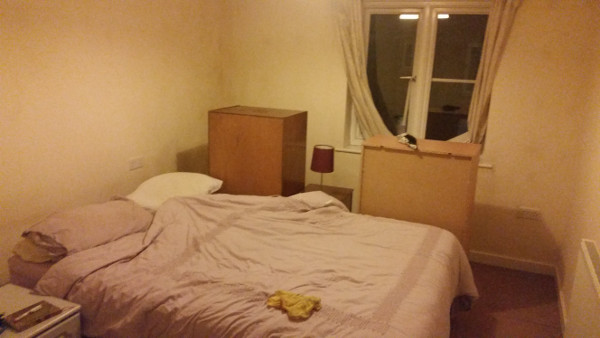 Three coats of paint later, plus three days of hosting and cooking for the in-laws, the bedroom was looking much better. 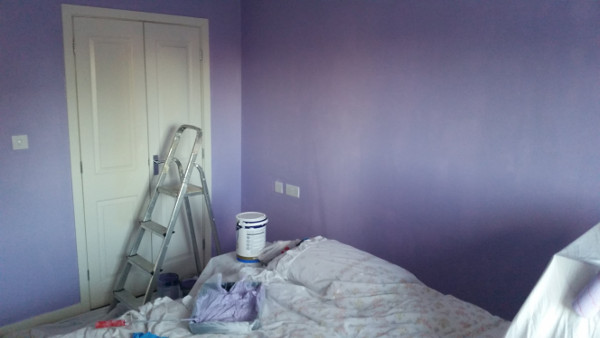 And with the furniture put back and new curtains up, it looks better still. The four bin bags and six large boxes of stuff that we excavated haven’t yet moved back in, and hopefully things will stay that way. 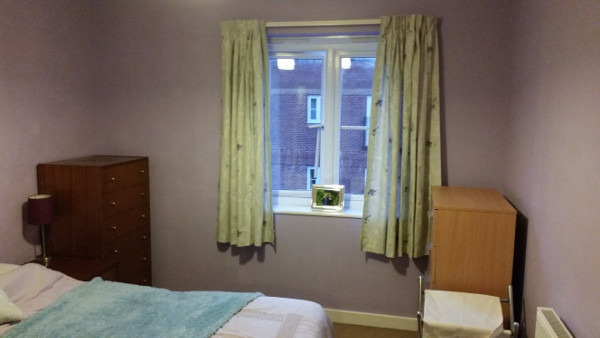 The bathroom also looks a lot better in mould-free blue. We bought some new cupboards in white wood to replace the primary coloured plastic drawers we had before, and at long last a bin with a top on it. 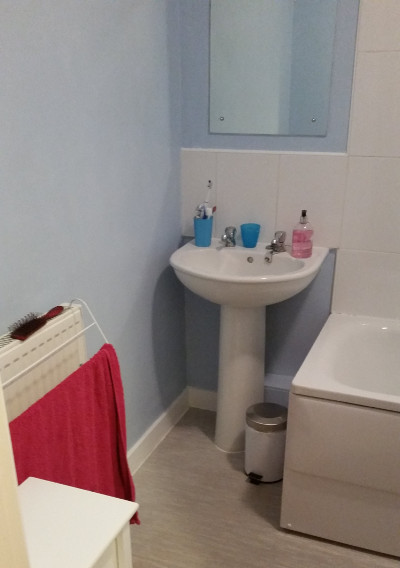 We’ve even somehow found time to declutter the hallway, get rid of some old books, remove a patch of mould from the living room, and clean the kitchen too. 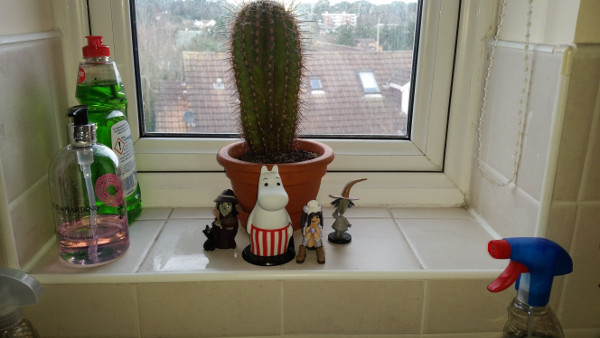 In total decorating has taken eight days, involved eight people, 13 litres of paint, £240 of decorating supplies and £65 of fish and chips. It’s written off four rollers, three brushes and one step stool, because apparently I am just that heavy. I’ve cooked stew for six, plus bolognese, roast lamb and risotto for five.

Now we are finishing off the week with another six people around the table, with chicken pie and apple crumble all round. It’s been a most productive week—in all likelihood the most productive week of my life so far—and a rest has been well earned by us all.