And that is an ‘our’ that does not extend to those inside Westminster, because with a few notable exceptions, MPs have shown an almost complete lack of understanding of the internet and how it works.

Guess what’s back from the dead? Our old friend, the Intercept Modernisation Plan.

Between this crazy “log everything” scheme (in the name of combatting terrorism, naturally) and the barely-debated Digital Economy Act, the previous Labour government’s approach to technology and the internet was at best misguided. And though I’m generally left-leaning, I found some promise in the Tories’ and the Lib Dems’ pro-freedom, anti-surveillance agenda.

This makes it all the more sad that the new government has gone against its coalition agreement and chosen to resurrect the Intercept Modernisation Plan as part of the Strategic Defence and Security Review. (Hey, at least I got my submarines.)

So Cameron, Clegg et al, please just let this one die. It was a bad plan to begin with, that’s why you promised not to do it. And before you come up with the next plan to foil online terrorist collaboration, please learn what how the internet works and what is and isn’t sensible to do to it. 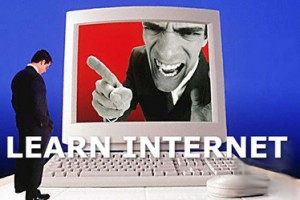 For anyone who’d like to sign another petition against the Intercept Modernisation Plan, the Open Rights Group campaign is here.

« Previous Post
For the Discerning Lady or Gentleman, SuccessWhale version 1.1
Next Post »
Alarm Apps, and the Lulz that can be had