My quest for an Android game to match the joyous beat-synched twitch reflexes of Audiosurf have very nearly come to an end. My newest drug is named Beat Hazard Ultra. (Android, iOS) 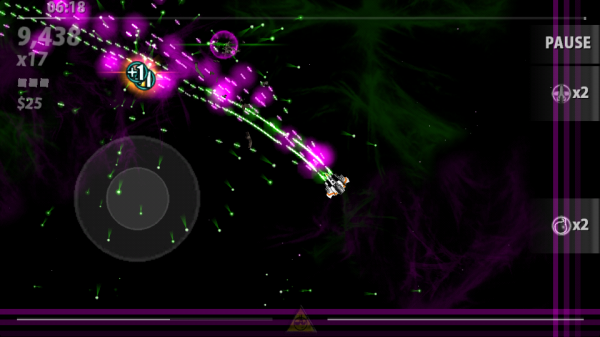 It’s angling towards being a bullet hell music game, and it almost – but not quite – succeeds at those two goals.

It can’t quite be a bullet hell shooter, because bullet hell in all its pixel-perfect weaving glory isn’t completely practical on a tiny device where half the screen is taken up by your own thumbs. Nevertheless, plenty of weaving around patterns of enemies and enemy attacks is involved, your ship’s hitbox is pretty tiny and there are a good set of oversize bullet-spraying bosses.

It can’t quite be beat-synched either, as the game seems to prioritise interesting enemy patterns rather than attempting to spawn enemies on every beat. There are little effects here and there, however, that do give a feeling that something is synched to the music. 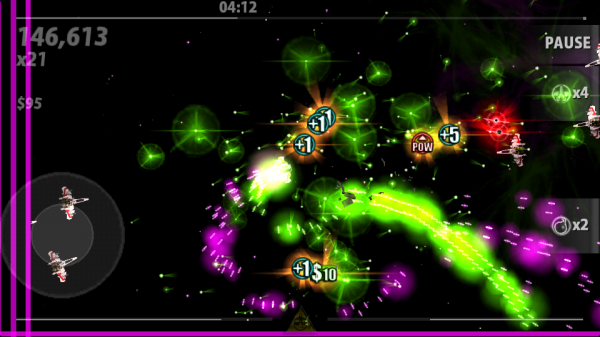 The game also features a setting labelled “visual intensity”. By setting it to 150%, you can take those little, subtle beat-synched effects and make them more impressive.

And by setting it to 200%, you can turn it up to OH MY GO MY BRAIN IS MELTING I CAN’T SEE MY SHIP BUT I DON’T CARE BECAUSE BRAIN FIRE

When the main difficulty factor in a game comes around because there are too many lasers, that makes it a good game in my book. 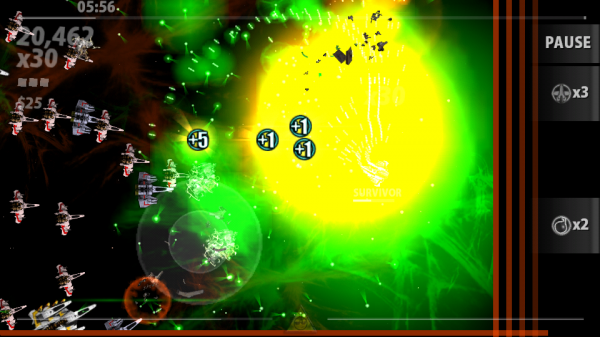