For weeks now, I’ve been attempting to wrangle Symantec Ghost, the corporate cousin of Norton Ghost, to back up and restore the contents of a partition on a RAID. I’ve fought with device drivers, manually built Windows PE images using WAIK with Symantec’s outdated instructions, fought off continual pestering from a probably well-meaning call centre operative, and significantly contributed to the drinks coaster industry. 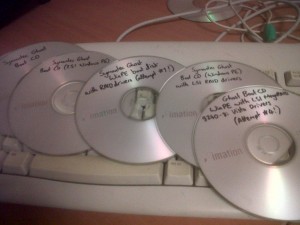 In desperation, I wondered if a simple dd from a Linux LiveCD would do the job, and the helpful folk at the UNIX/Linux Stack Exchange pointed me at various partimage-based backup/recovery distros such as Clonezilla and PING.

Surprise surprise… they worked out of the box with no hassle whatsoever. 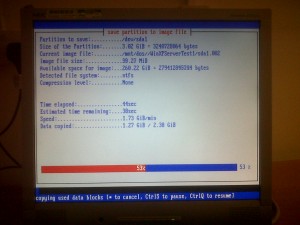 Now they may have a few issues – PING, for example, has a particularly odd interpretation of the function of the “Cancel” button on occasion – but they do the job, for free, in minutes, compared to the hundreds of pounds and weeks of my time I unsuccessfully put into trying to use their commercial equivalent.

The slow, steady rise of open source software has never given us “The Year of Linux on the Desktop”, but it has vastly increased the number of times that I think “there must be some advantage to this commercial program that justifies its cost” before quickly realising that no, there really isn’t.