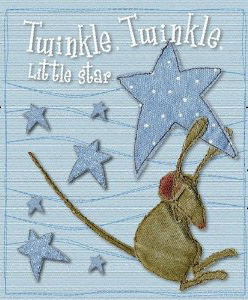 We have a book called “Twinkle Twinkle Little Star” which intersperses the lyrics of the famous nursery rhyme with pages in which fabric mice contemplate their place in the universe.  One of the pages which particularly strikes a chord with me has a mouse looking up at the night sky and wondering “are there stars for us all up there, or do some folks have to share?”.  I’m not sure our child is as enthused as I am about the answer to that question – that not only is there a star for every human being (and mouse) on Earth, but that in just the observable portion of the universe we have about 10 galaxies each – a total of around 100 trillion stars for every single one of us. [Wikipedia]

In similarly humbling news, the Kepler team yesterday announced the results of the first four months of the spacecraft’s planet-finding mission.  Even if only 90% of their candidates are real planets [Morton & Johnson], that still means they found an an astonishing 1112 new planets in four months.

The plot of extrasolar planets discovered by year now looks something like this: [Wikipedia, Borucki et al] 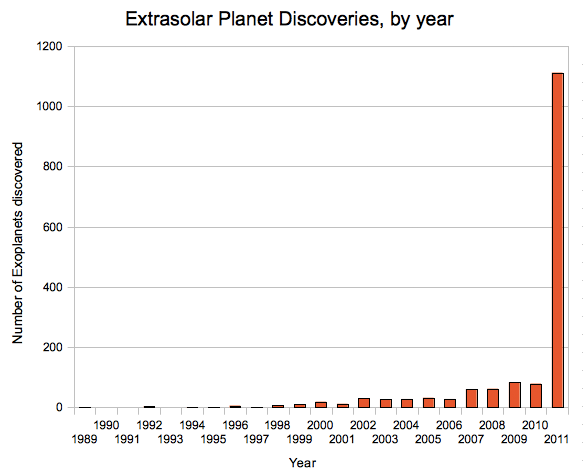 Never has the trend of bars on a graph given me a more wonderful feeling about the future of our species than this. We may have budget cuts, wars and enough weapons stockpiled to wipe humanity from existence, but I can’t help looking at a graph like that and thinking that we’re going to get there. Though it might be thousands or tens of thousands of years from now, we’ll be out there; our descendants spread across the hundreds of human worlds, counting yet more stars to call our own.