This morning, a friend of mine linked to a great article on why “If you’re going to live in this country, learn to speak the language” is pretty insensitive.

It struck a particular resonance in me, because aside from her emigration, my experience of languages over the last few years has been much like the author’s.

I too had the dumb luck to fall in love with and marry a Spaniard, with no useful Spanish education to rely on when communicating with my newly acquired in-laws — none at all, in fact. While at school I eagerly studied the languages I thought would be useful in life: French, German and Japanese. Since leaving school, none of them have been anywhere as useful as would have been Mandarin, Arabic, Polish or Spanish.

Ah yes, Spanish. Like the author of the article I loaded up with about ten minutes’ worth of choice phrases before I went to meet my then-girlfriend’s family. In nervousness I forgot every single word of it. And then ran headlong into the problem of Spain’s several regional languages. 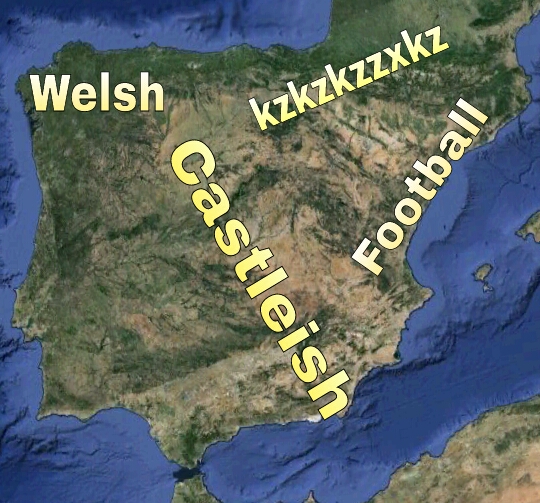 To communicate, I first have to ask my wife’s family to speak Castillian Spanish. And then I have to compound my embarassment by admitting that I don’t even speak much of that. Worst of all, the author of that article isn’t being that hyperbolic when she refers to herself as “speaking like a one year old” — my worst realisation of just how poorly I speak Spanish was helping my child talk to a five-year-old girl they were playing with on the beach. Not only did I not understand what she was saying, but I couldn’t even find the words to tell her that I didn’t understand.

I could only imagine the number of times I would be reduced to frustrated tears if I lived there.

I live in a town where thousands come to study English every year, hundreds or thousands of miles from friends and family. Daily I talk to Chinese baristas, Brazilian bus drivers, Italian chefs — always in English, without a second thought.

And every time they speak a word of English, they’re doing better at integrating into British society than I ever could into theirs.