Over the years I have tried to preserve some of the weirdest software, videos etc I came into contact with, just in case someone years from now asks “hey, do you remember that…” and not only do I remember, I still have a copy. Today on “Weird Stuff from the Archives”: did you know there was a Les Miserables beat-em-up? 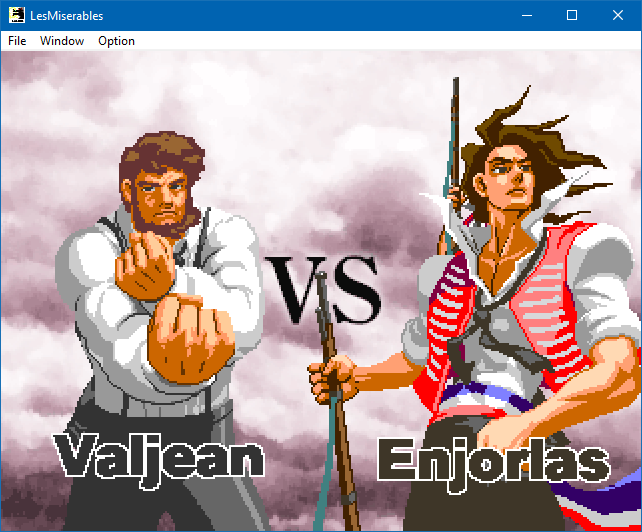 (It’s what Victor Hugo would have wanted.)

This is probably version 1.4 of the game, which dates to around 2006. It’s very Japanese, which probably explains “Enjorlas”, and the control settings screen: 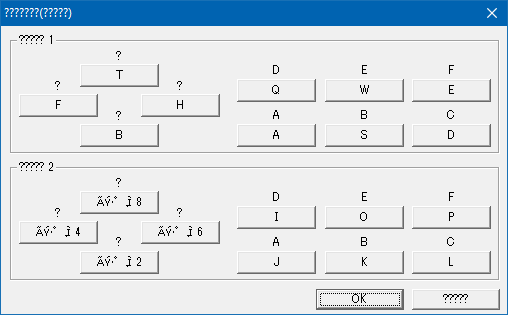 They’re up, down, left, right plus two strengths of punch and kick, and two buttons that do nothing for some reason. You can imagine the levels of pain that will be inflicted on both your brain and your fingers by that setup, plus the fun of multiplayer when one player has the “H” key and the other has “J”. Definitely one for game pads rather than keyboard then. 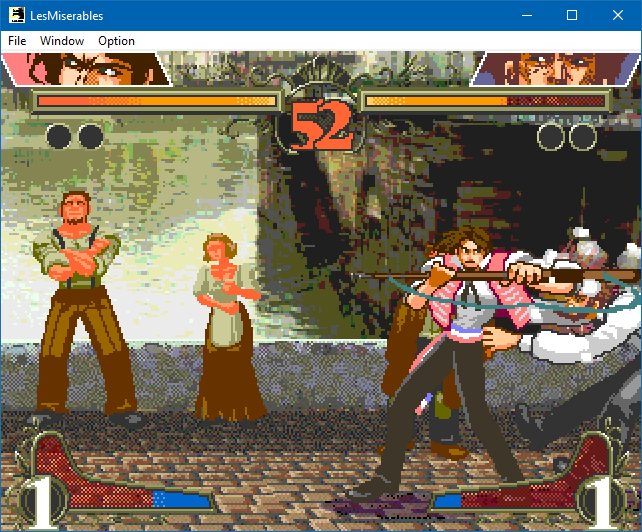 Sadly the revolutionaries ran out of ammo, leading to the widespread use of the musket as a melee weapon. Plus, check out the two folks just vibing in the background!

If I had to guess, this was probably a game released at Comiket, then ripped and uploaded by someone, then I found it via 4chan around that time. As for who made it, the Intependent Games Wiki lists it as being made by “Takase”, whose web presence seems to have disappeared. And for why they made it, sadly, no infirmation is available. 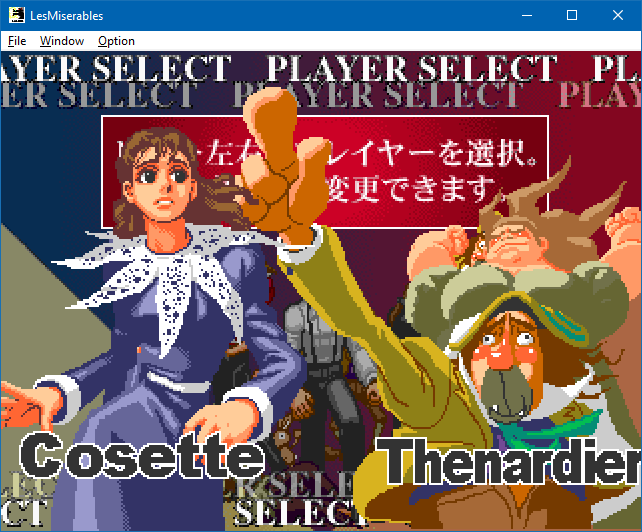 Cosette looks nervous in the company of the Thenardiers, which I suppose is pretty legit

As well as the characters you may be familiar with, we are joined on our literary journey into themes of crime, justice and redemption by a number of… less familiar options. 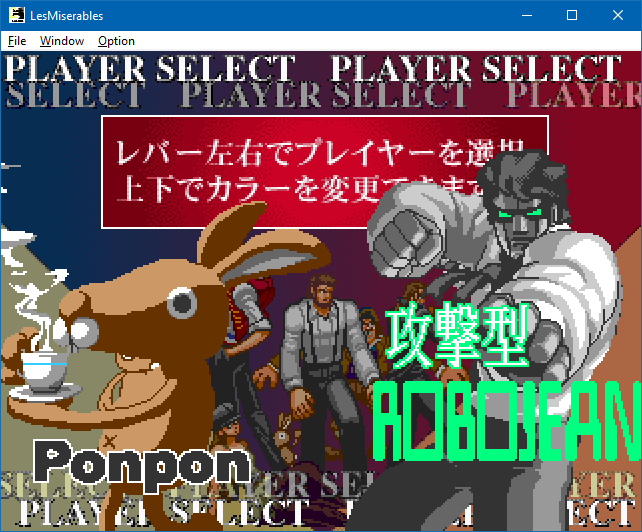 Ponpon the rabbit and ROBOJEAN. TIG wiki helpfully lists as trivia that Ponpon (…) did not appear in the source material.

How differently the book could have gone if “ROBOJEAN” was the main character. Pro: Easier to escape prison. Con: Quite hard to hide your identity??

Still, he would likely have died in the end anyway (spoilers!), defeated by the game’s final boss and extremely legit Les Mis character: JUDGEMENT. 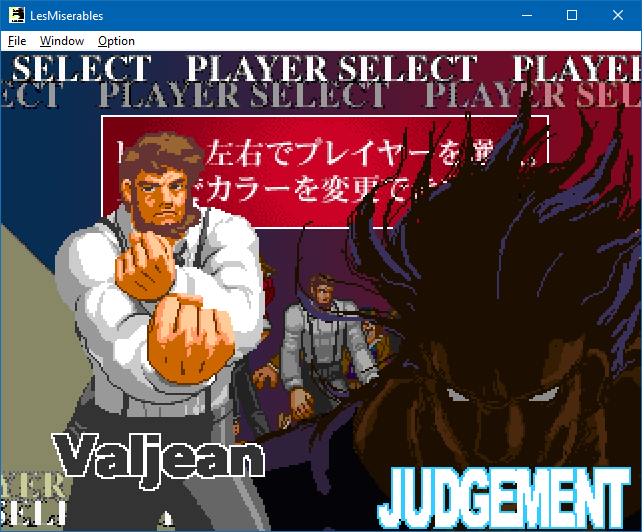 If you stumbled on this page and would now like a copy of your own, for some weird reason, just let me know. There’s some more info on The Intependent Games Wiki and this SomethingAwful review if you are interested!