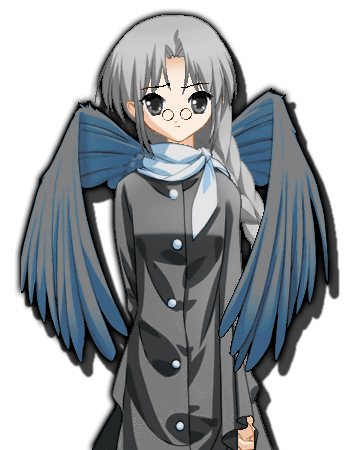 How long has it been? Truth be told, I've lost track. Centuries, at least. Probably millennia. I've almost, but not quite forgotten about it. The day I saw what the future held, the day I was found out, the way He looked at me...

Still, I'm here now. The thought of returning still circulates around my mind, as does the thought of opposing Him. I suppose, without realising it at the time, I really did Fall.

But more imminent things keep me busy from day to day. Cigarettes, coffee. Research, theology mainly. And other things, too - things where it's damn handy to be immortal and not to be in a rush. It ain't as if I've got to fit as much as I can in eighty years.

But lately, something's been unusual. A sort of tense feeling in the air, like something's happening. Could it be the End? The whacked-out Evangelicals and the hippies are prophecying it, but haven't they always? No, I don't know what's happening, even if anything's happening - it ain't as if He keeps me in the loop anymore, y'know? But I feel like I ought to be... ready. For something, anything. Something more than cigarettes, railway bridges and rainy Tuesday afternoons.