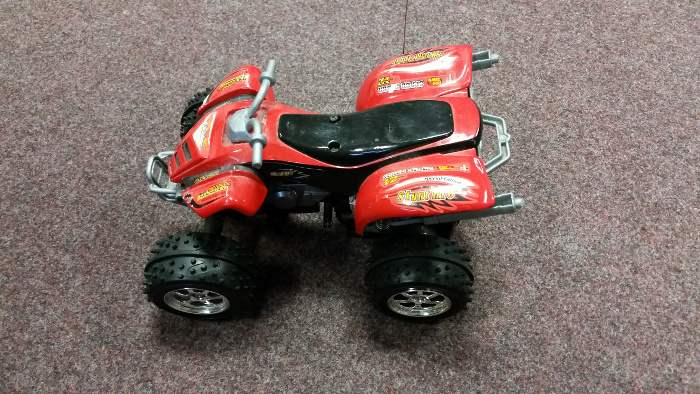 It’s held together by a lot of screws, but they’re all easily removed. Four hold the top half of the chassis to the bottom half. 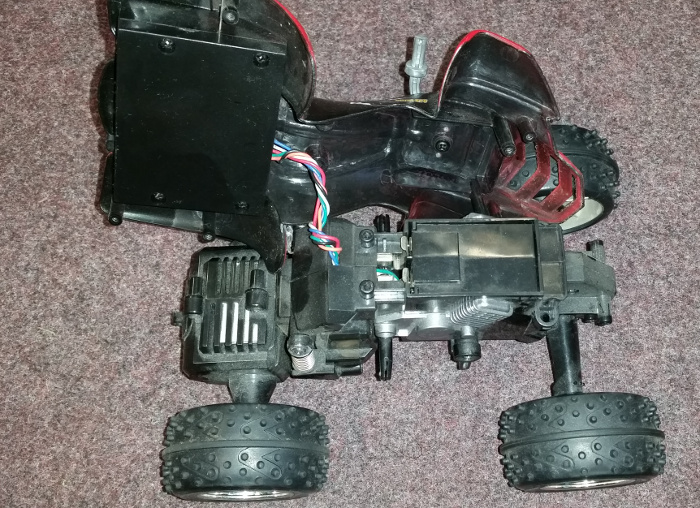 The top half is largely cosmetic, but it does contain the 27MHz receiver, main control board and power switch. 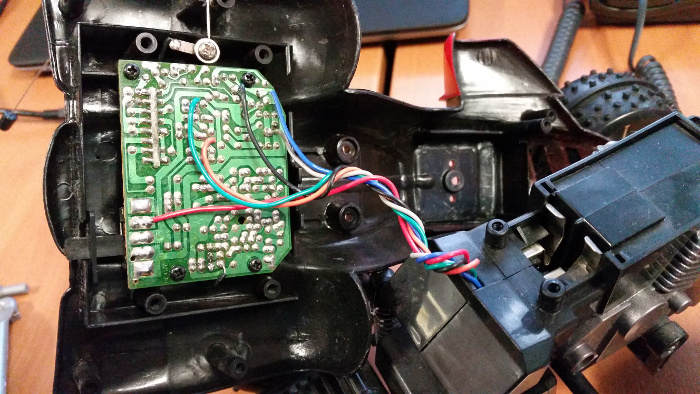 The control board is very basic, with no ICs and some dubious component placing. 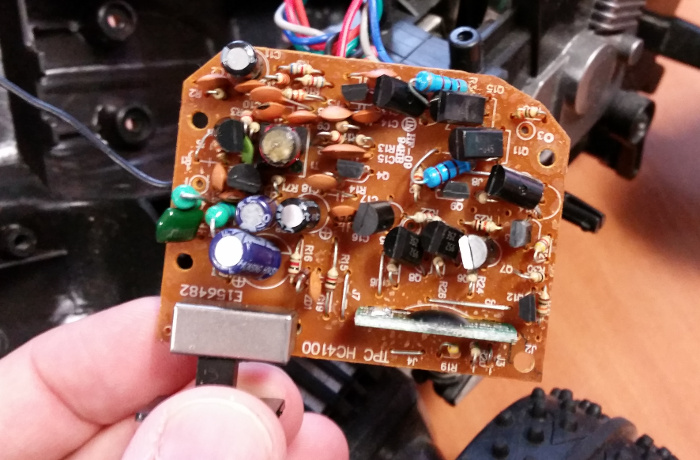 The rest of the upper chassis can be removed easily, leaving the control board behind. 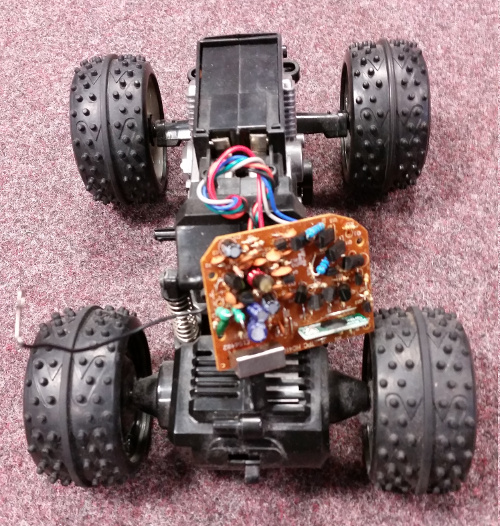 The battery pack is also easy to take in and out. 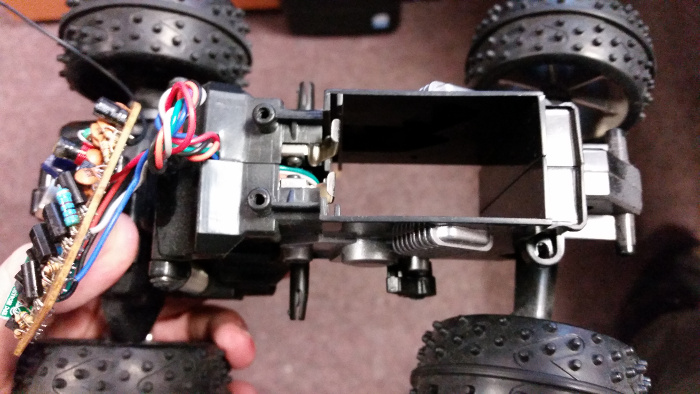 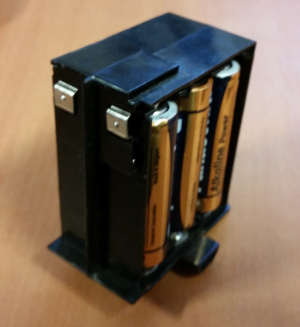 The rear wheels are driven by a standard DC motor with a simple gearbox. The plastic cover is easily removed from one side, though seems stuck to the other. 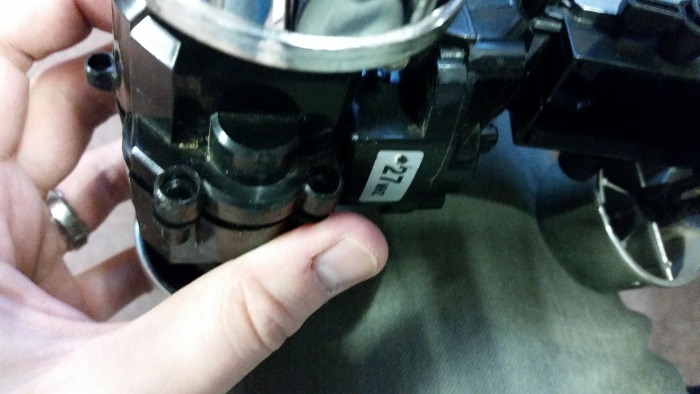 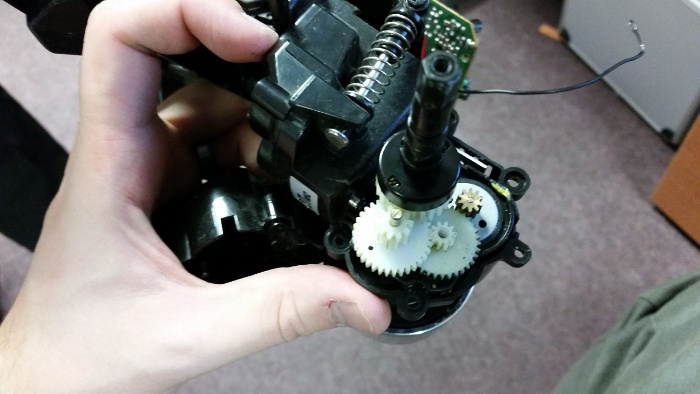 The steering arrangement is unusual. The wheels aren’t turned as in a normal car; instead, the entire rear wheel assembly (drive motor and all) is rotated from side to side. This gives the impression of the toy sliding through turns. A thick plastic pin sticks into the drive motor enclosure and turns it from side to side: 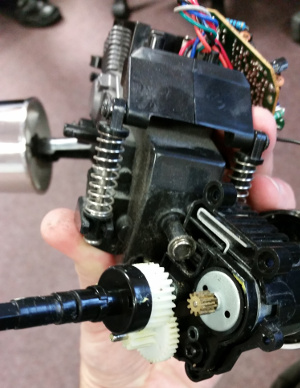 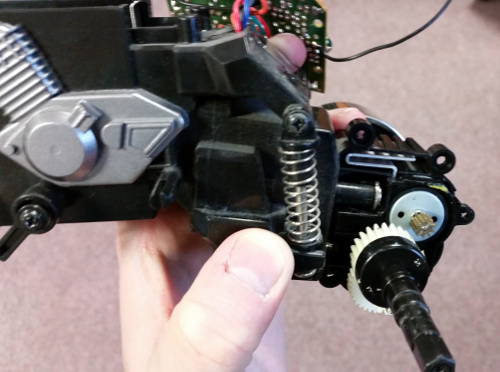 Getting access to the turn motor requires removing the suspension: 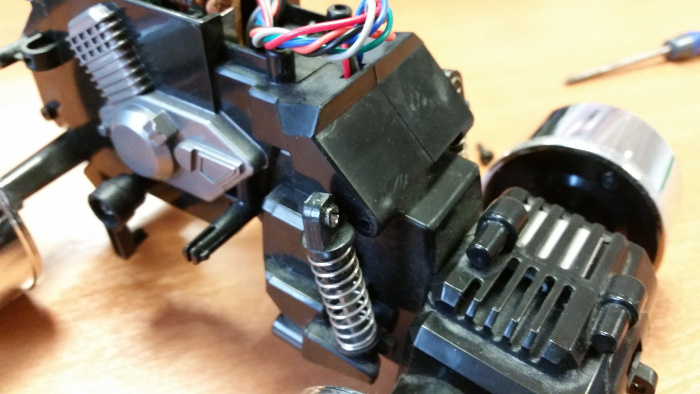 The motor assembly can be separated from the front of the chassis: 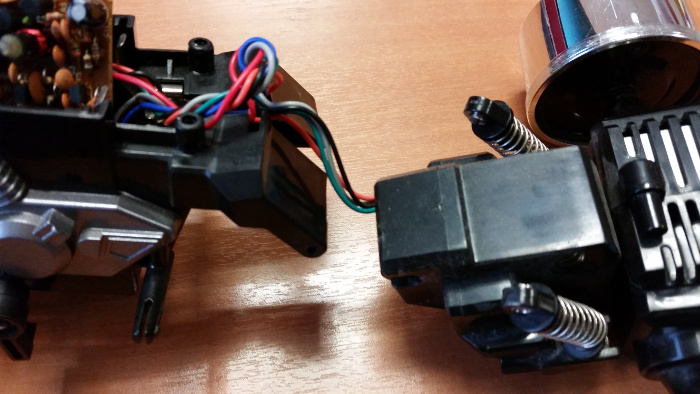 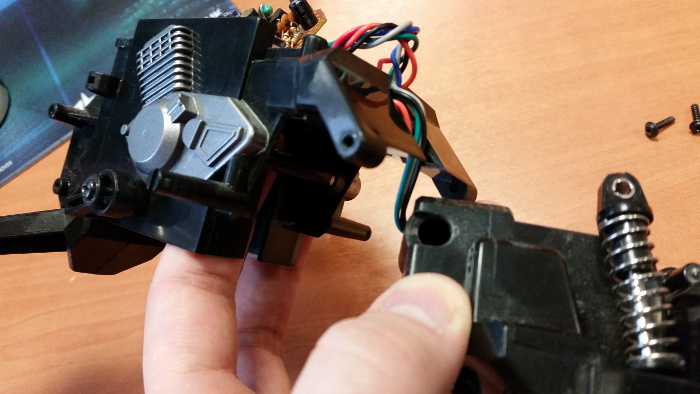 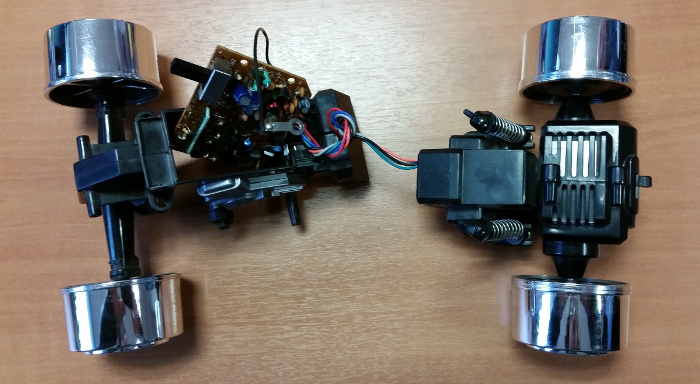 The turn motor arrangement is strange. I was hoping for a servo motor, but instead a DC motor is used with a gearbox and a clutch. The gearbox slows down the rotation, while the clutch disengages the motor once the vehicle has turned by the maximum allowed angle.

This is a pretty inefficient design as the motor turns constantly even when there is no change in turn angle, but it allows the manufacturer to use cheaper parts. 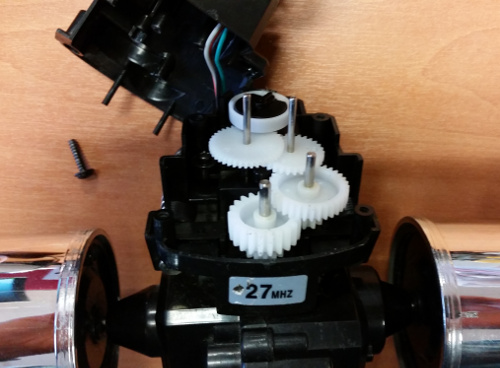