With the All-Terrain Pi, I decided to be lazy. Rather than building my own board to interface the Raspberry Pi with the motors, perhaps with an ATmega and an H-bridge chip, I copped out and let the wonderful people at PiBorg do the job for me (and much more neatly, too).

I’m using their PicoBorg Reverse motor controller, which neatly sits on top of the Pi and provides bi-directional control of two DC motors via the I2C bus. The smaller board on top is their BattBorg. It’s just a DC-DC converter to supply 5V to the Pi from a higher voltage supply such as the All Terrain Pi’s 6×1.5V batteries, but it’s designed to neatly fit on top of the PicoBorg board. 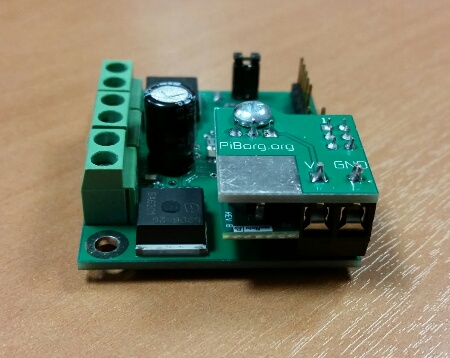 Here’s all three boards together: 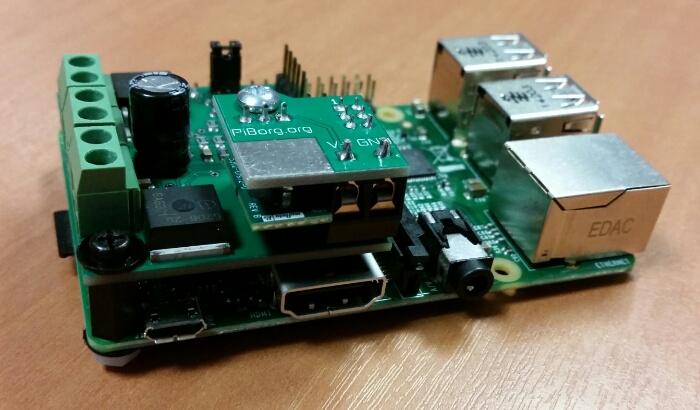 Six pins from the Raspberry Pi’s GPIO header connect it to the PicoBorg, supplying 5V, 3.3V and ground, plus the SDA/SCL lines for I2C. When the Pi is powered via USB (as shown below), 5V is supplied from Pi to PicoBorg, and when the setup is powered from batteries via the BattBorg, the 5V supply will be supplied to the Pi allowing everything to be powered from one voltage input.

This is how it all looks connected up to KVM & WiFi, ready for configuration: 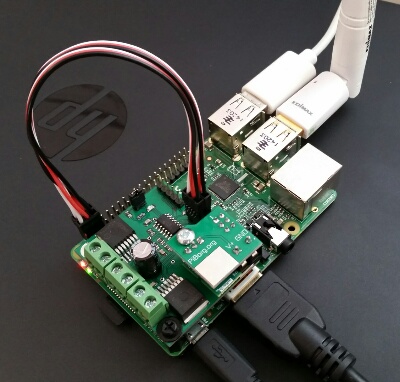 And here’s where (for lack of anywhere better) the electronics stack will sit on the vehicle: 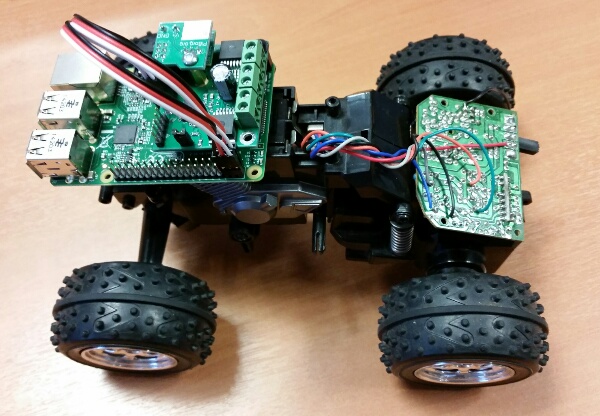 It was tempting to use a Raspberry Pi A+ for this vehicle and see if the electronics stack could be fitted at the rear where the old control board is located. However, unlike the tank and quadcopter that run in an “embedded” fashion with no graphics support, I wanted the All-Terrain Pi to be more approachable for kids — one of the goals is to have the vehicle’s motion controllable from the Scratch programming environment that comes preinstalled with Raspbian. This necessitates running an X server on the Pi, which the Model A+ with its 256MB RAM will find a struggle.