Here's the original Mindstorms robot that has been gathering dust: 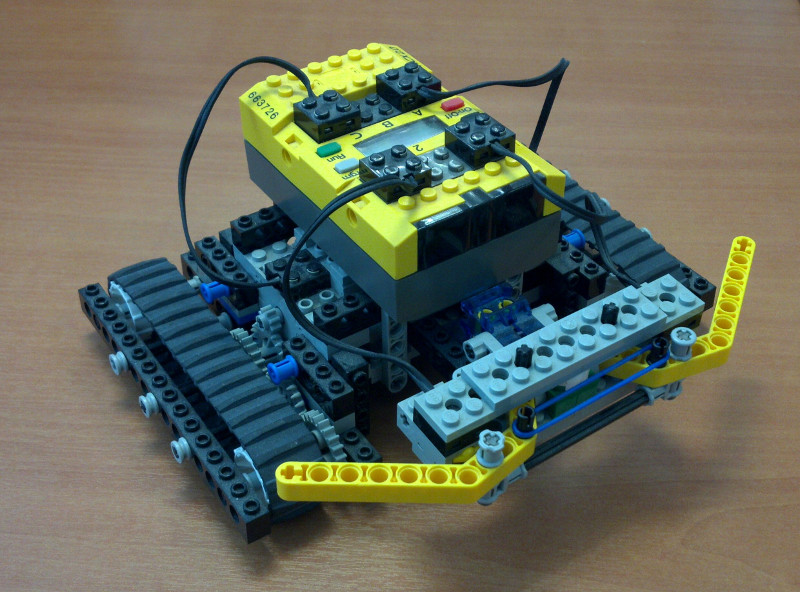 The robot uses two motors to control the tracks, and two microswitches to detect collisions. They connected to the RCX using two wires each, and with the RCX removed, the wires can have their ends removed and stripped back: 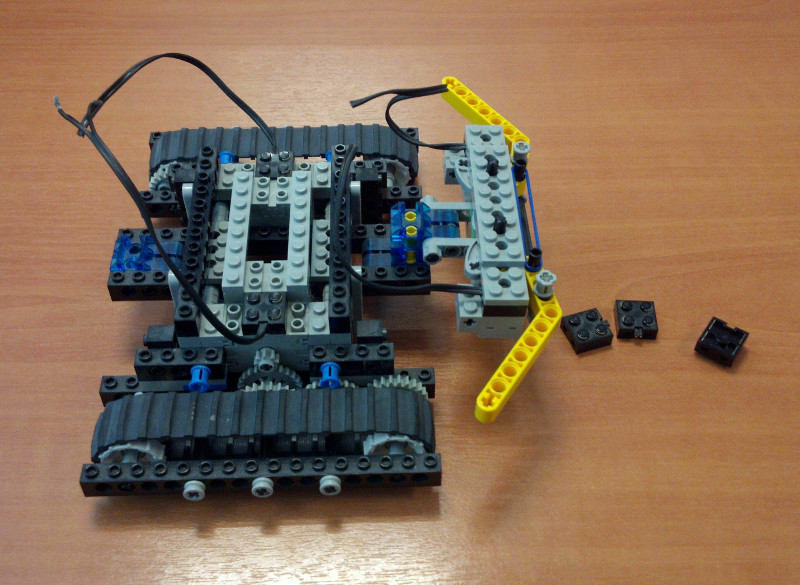 The motors are simple DC models. Running speed is dependent on the voltage supplied, up to 9V in either direction. Here's one motor running from a bench supply: 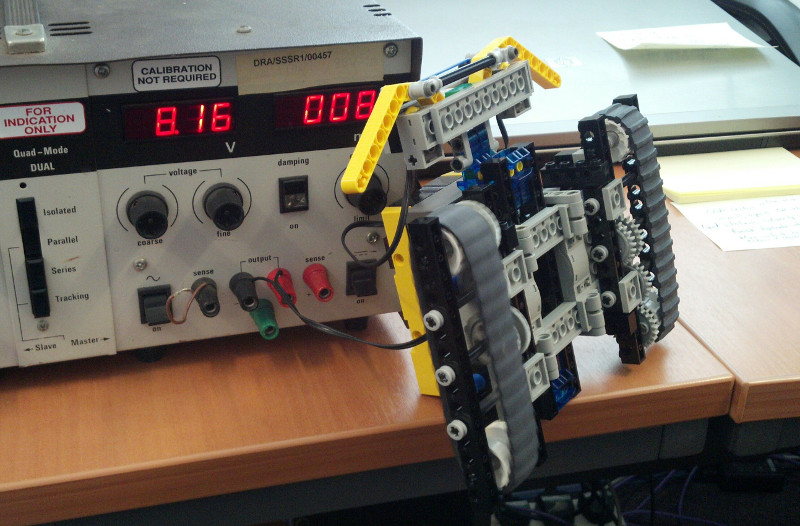 The bottom half of the RCX case is a bit too small to house an Arduino Leonardo plus a 9V battery, but this will do for now while we are testing: 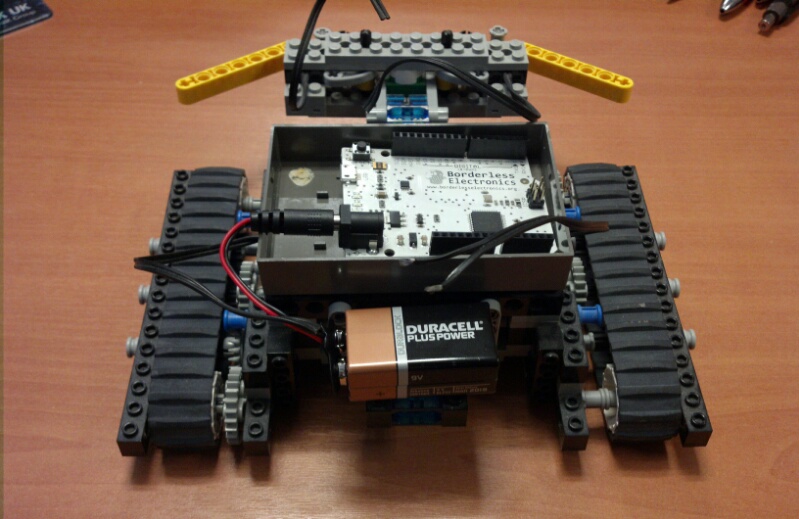 Testing the logic of the "flippers" program using LEDs and microswitches: 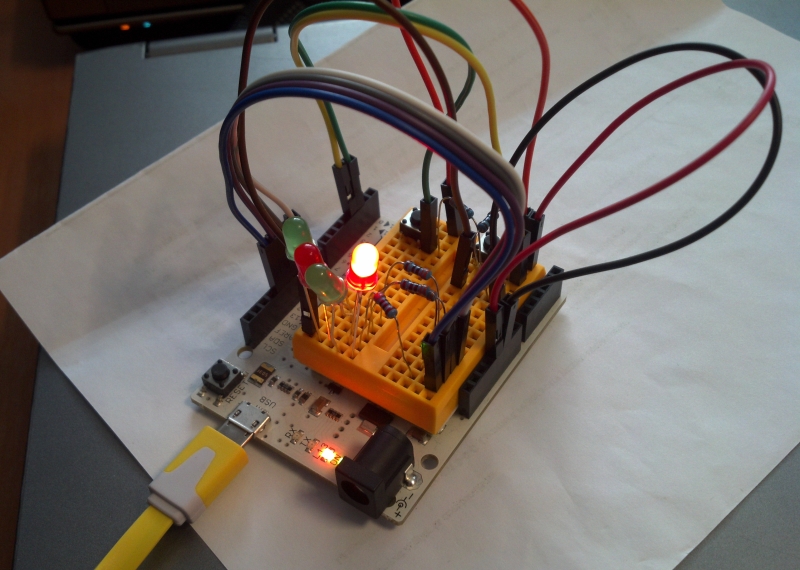 Reusing the original RCX battery tray to hold our battery. The breadboard has been cleared and partly built up around the H-bridge chip: 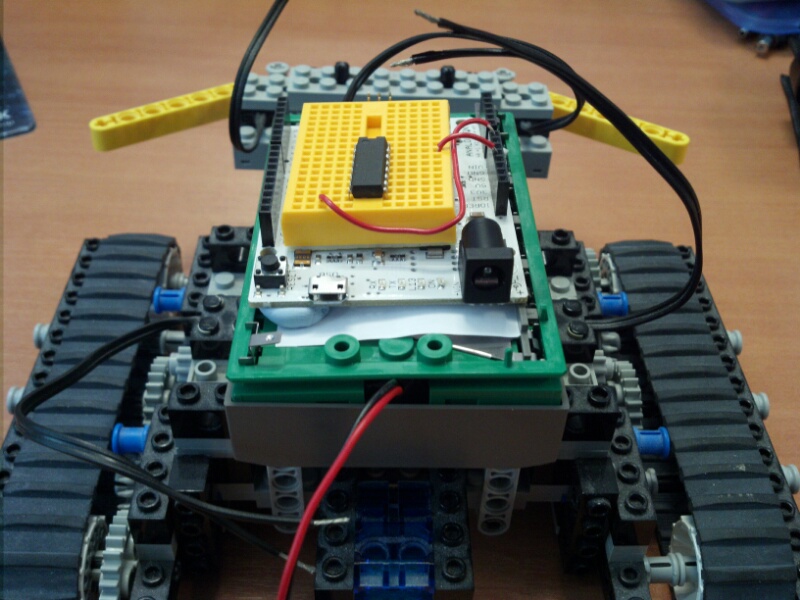 The completed breadboard. As you may be able to tell, not a great deal of time and effort went into the wiring: 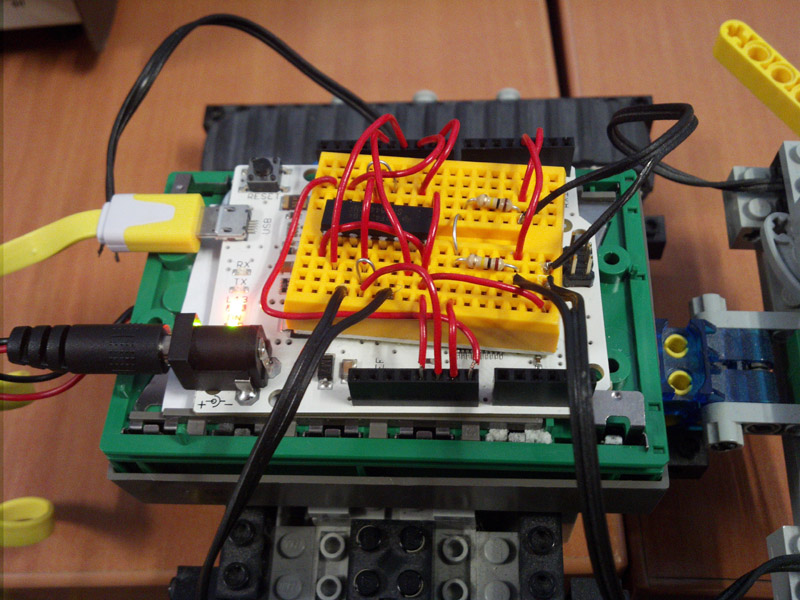 I also used some left-over Lego to build a phone holder on the back of the robot, so we can record some "robot's eye view" video: 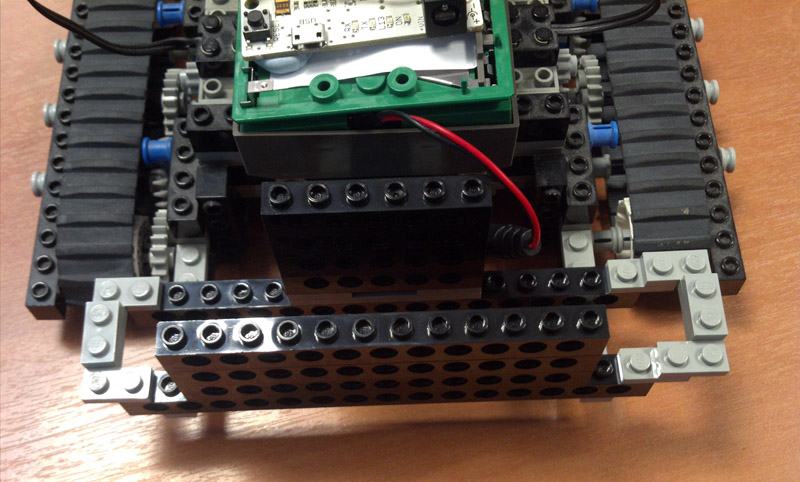