In 2022 I had the need for a directional UHF antenna at around 420-425 MHz but no real desire to spend “real money” on it. Over a couple of weeks this morphed into the idea of “I wonder if I can build this with just stuff I have lying around”. The answer is yes!

The boom is made of an old 1-inch square fence post, cut to about a metre long and sanded down. Holes were drilled at the right positions to improve attaching the various elements. The director and reflector elements are made from some ¼-inch hollow aluminium rods that I had been using as garden canes, attached using cable ties from that other project where I had to buy them in packets of 100. To calculate lengths and spacings I used this DL6WU Yagi calculator. 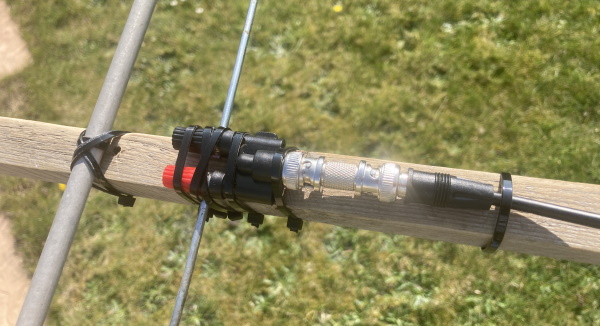 The dipole is made of old tent pegs held in a BNC-to-banana-socket adaptor by more cable ties. A BNC cable then connects to a handheld radio, which can also be attached to the antenna boom with, you guessed it, more cable ties. Naturally, for an antenna this shit, there is only one radio choice—enter the Baofeng UV-82. 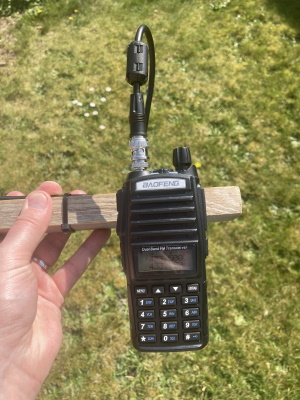 (However, for my purposes it was beneficial to include AM receive capability, so I did end up swapping the UV-82 for my Yaesu FT-60.)

Putting it all together, somehow, it actually works! 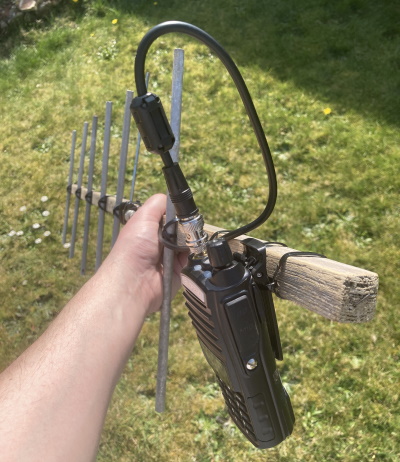 It even has an SWR of pretty close to 1:1 at 424 MHz. Not bad for a couple of tent pegs! Once it’s served its original purpose I will trim the ends of the tent pegs with a Dremel to get it resonant somewhere closer to the amateur radio 70cm band, then stand on a hilltop looking like a massive dork trying to hit a far-away repeater. 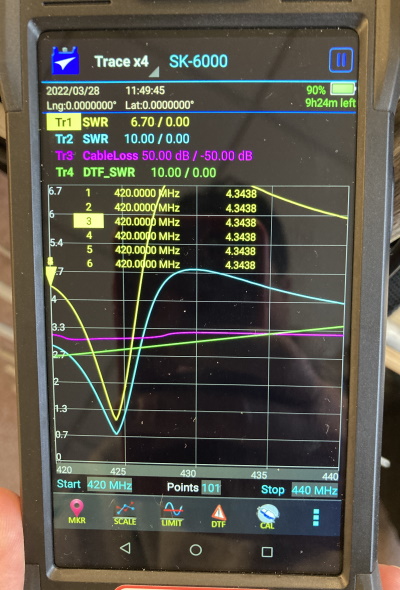 Without further ado, the bill of materials for this incredible feat of engineering:

In time-honoured ham radio tradition I will of course name it after my callsign, so there you have it—the 2E0UXV “Random Shit I Found in my Shed” antenna. A fully functional UHF Yagi antenna for free. Provided you have a shed with loads of crap lying around.