At long last, my Raspberry Pi has arrived!  Two hours late when ordering appears to translate to two months late to receive the Pi itself, so it’s now just one of the thousands of these devices now in the hands of the nation’s geeks. 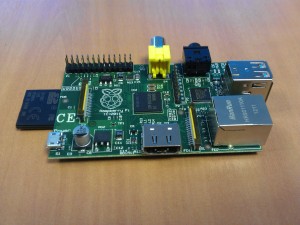 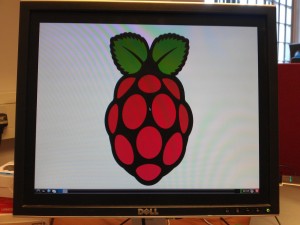 Of course, no computer would be useful without a few accessories.  So naturally I spent nearly the cost of the Pi itself again on a power adapter, HDMI cable and SD card. 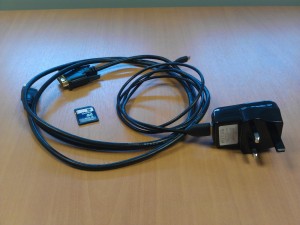 Oh yes.  And a few quid more on one extra accessory. 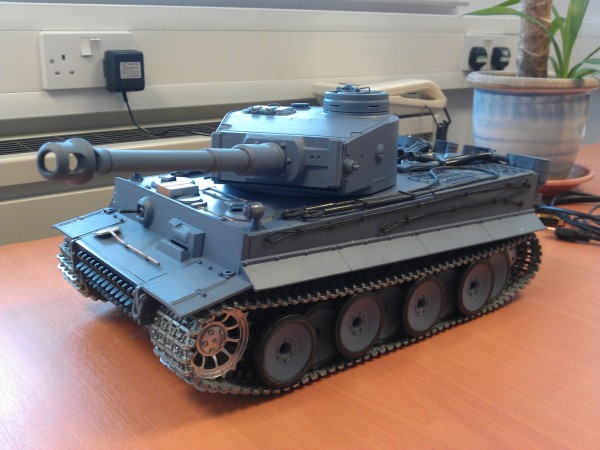 Because what computer is complete without a radio-controlled, BB-firing 1:16 scale replica Mk. I Tiger tank?

Received mine today. Powered it from a USB socket on my TV, HDMI pulled out of something else, network cable also pulled from something else, SD card repurposed from the many I have for my cameras.

I think you are obliged by all common sense and decency to spray-paint the tank in fetching shades of raspberry pink...

Look forward to seeing what you're going to do with it, anyway!

It would be an improvement over the fluorescent shade of "Autonomous Vehicle Yellow", certainly!

Just a quick question, at no point in the project did I see the bb function working... Have I missed that part? Thanks for such a great project.
Bob

I did some firing of the BB gun in the "First Day Out" video on day 13, but it's almost impossible to see. You can just about hear the clicking of the spring, and right at the end of the video it shows roughly how far the pellets fire.

The link to the actual tank doesn't work. If you put in a new one that'd be great.
Thanks

Steve: I don't think I ever did link to where I bought the tank from, if that's what you mean. I got it from Howes Models — it's this one.

Can anyone email me the site from where I can buy this tank, I have all the other components but I'am having trouble finding a tank like this and miniature sized webcam.

Are there any tanks out there that can do the same job??

Almost all the Heng Long brand ones use the same RX18 control board I think, so they should be pretty much the same as mine internally. As for other brands, I can't say for sure, but I can't imagine there are any for which it's completely impossible to reverse engineer the control protocol and fake it from a Pi. Just about any RC tank will do if you're prepared to put the hours in figuring out the protocols, or for analogue systems, implementing the motor driver with your own hardware.

Will other size tanks work too?

I'm not sure what sizes of tanks Heng Long make, but I'd imagine they all use a similar remote control system that can be modified in the same way. A 1:24 scale tank should still have enough internal space for the Pi and the rest of the components, though you might need to go for a smaller battery. Any smaller than 1:24 may cause problems fitting everything in.