In the current version of my build, I am using a servo control board that uses the Raspberry Pi’s only UART as its control interface. As such, to communicate with the UART GPS, I need a second UART available. (See the footnotes on the BOM.) The easiest way to achieve this is with the simple CP2102 USB to UART converter.

The uBlox NEO-6M GPS requires a ~50mA 3.3V supply, which luckily the CP2102 can provide. Out of the factory it supplies 5V on its Vcc output pin, but a selector on the reverse of the board can be re-soldered so that 3.3V is provided instead. 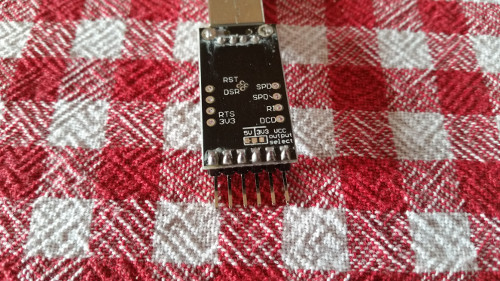 The board I have uses a connector compatible with the UART socket on an Ardupilot, which has six pins. We need Vcc, GND, Tx & Rx, but the 1PPS output and second Ground aren’t needed in this application, so I’ve just chopped them off. One terrible soldering job later… 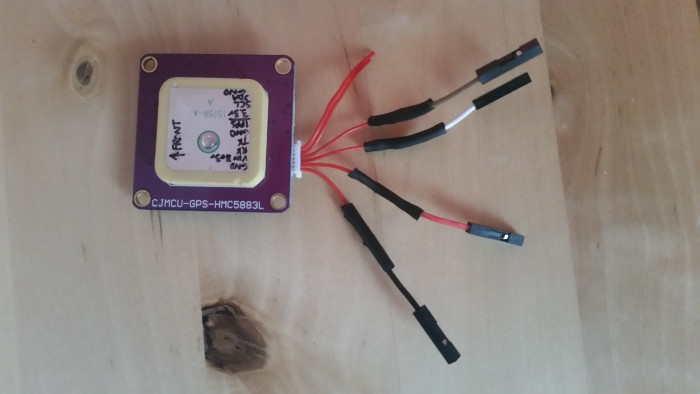 Raychem still hides many sins. Now the GPS is wired up and the CP2102 board is providing a 3.3V power supply, it’s a simple matter to connect it all up and power on. 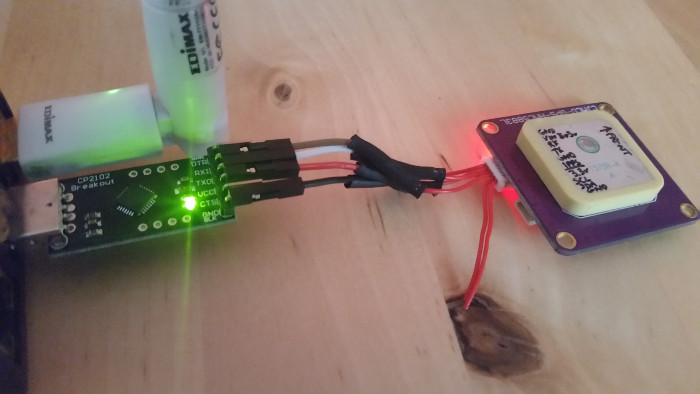 The device appears on the Pi as /dev/ttyUSB0, and the GPS transmits by default at 9600 baud, 8N1. Unfortunately the Raspbian operating system doesn’t come with minicom or another useful way of streaming data from a serial port, so I wrote a quick Python script to read it. As you can see below, the GPS is sending data properly, but despite being able to see a number of satellites, isn’t getting a position fix. This is likely because I’m using it indoors, so the test will be repeated outdoors soon to verify that the device does work correctly. 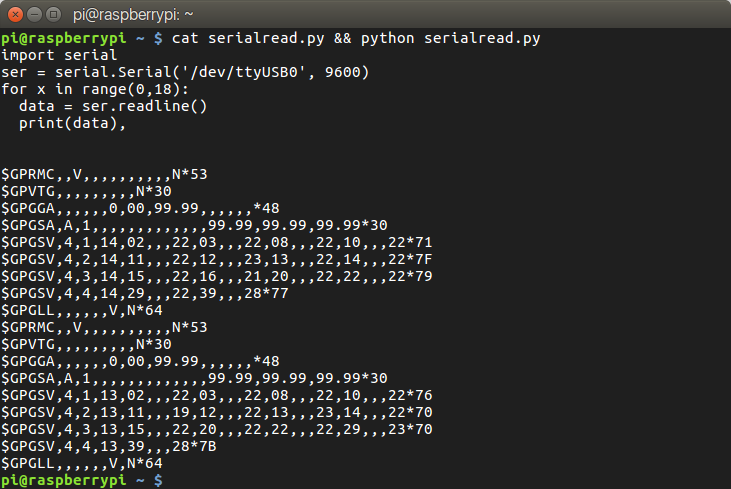