This page shows some of the designs that this website has had through its history as “The Mad Marmablue Web Portal”, “Only Dreaming” and as IanRenton.com. A lot of awful stuff from my younger years is on display below!

My first foray onto the Web was a site created in MS Word. It was everything you imagine and more—animated GIF backgrounds, auto-playing MIDI music and all. Mercifully, no content appears to have survived on the Internet Archive or elsewhere. I believe its original URL may have been http://members.tripod.com/__lep.

I learned how to use frames, and how to code my HTML from scratch (by copying other sites), so there was another version of the site that proudly sported a “built in Notepad” badge. I remember a drop-down menu for navigation, a second drop-down to choose the auto-playing background MIDI (what luxury!) and a white on black/blue colour scheme, all of which may have been “borrowed” from emulation site Zophar’s Domain from about that era. This version of my site was hosted at http://www.geocities.com/marmablue, and no content has survived.

This is possibly the third version of the “Mad Marmablue Web Portal”. It was a static site and had a Javascript-based tree menu on the left, which the Internet Archive has not preserved. Again I learned by ripping off other sites’ code.

An early Wiki version, my first move from static HTML pages to some kind of “proper” back-end. It was contributed to by a few friends. This is the first archive after the site received its own domain, marmablue.co.uk. Having a proper domain seems to increase the chances of the Internet Archive capturing its content, so there is more recorded from this point onwards. 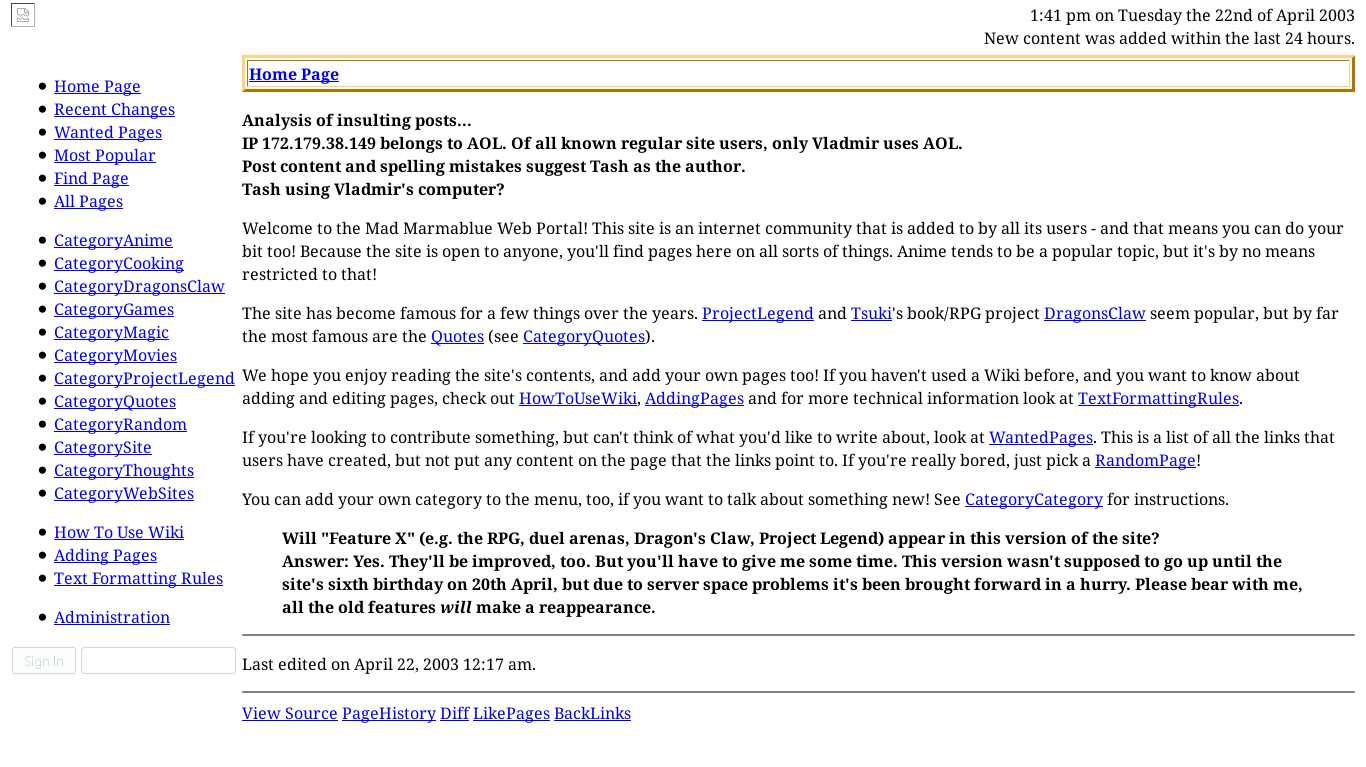 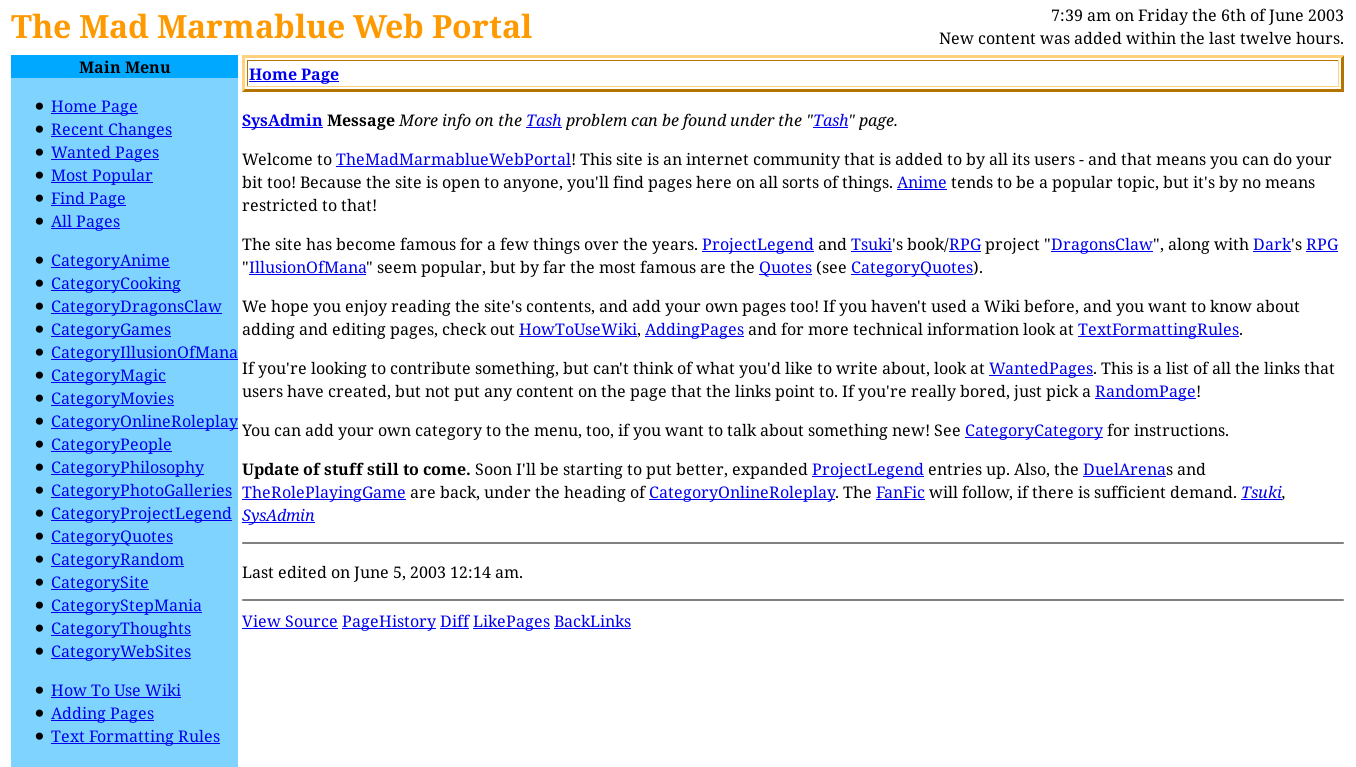 A blog entry from this month refers to the launch of “MMWP 9th Style”, which presumably means I was onto the 9th redesign of the site at this point. Several of them must presumably be lost.

I abandoned the Wiki around the end of January 2004, apparently because I was the only contributor and I hoped friends to contribute more than they did. With my blog on LiveJournal, I made my homepage into a simple index page, and split off a number of smaller sub-sites. Unfortunately the “chat” box on the left hand side was largely filled with spam. 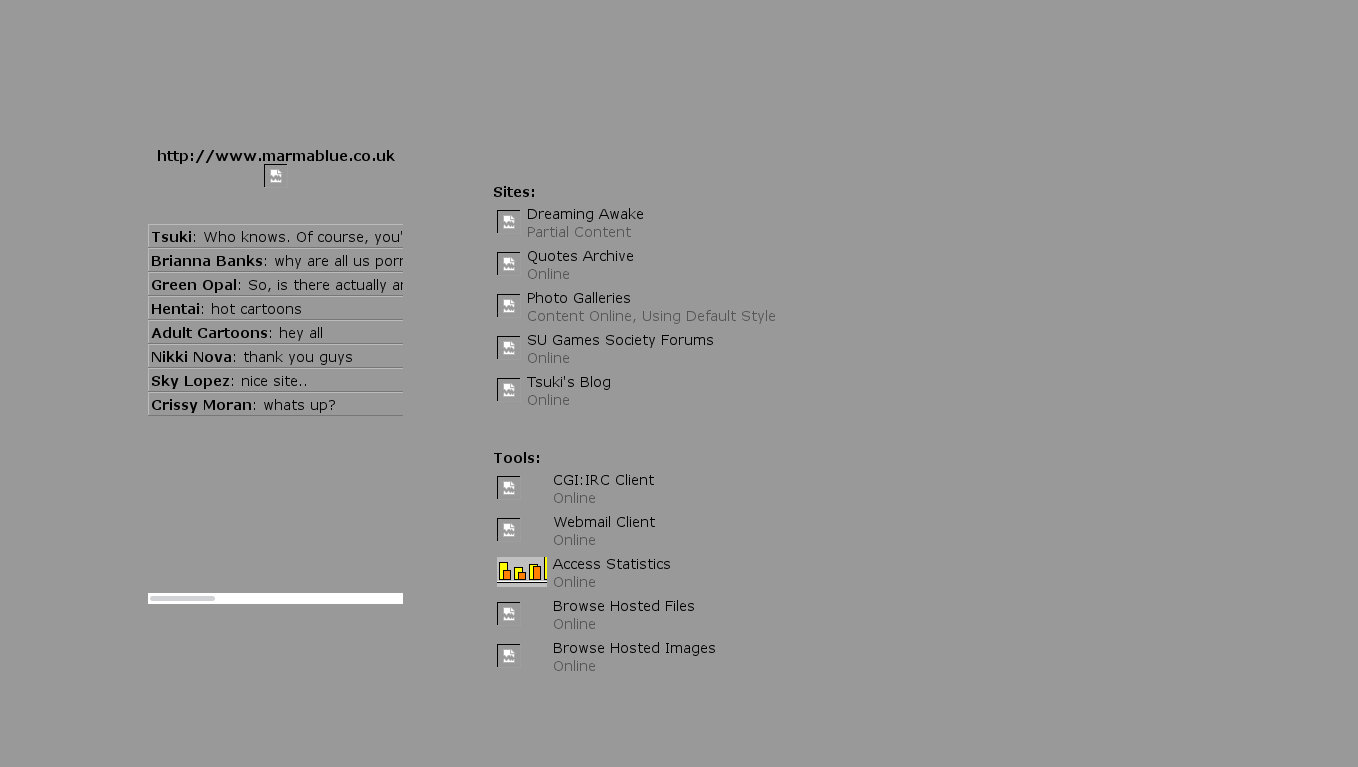 The chat box was quickly dropped, replaced inexplicably with direct links to stuff running on my home PC—all apparently offline. 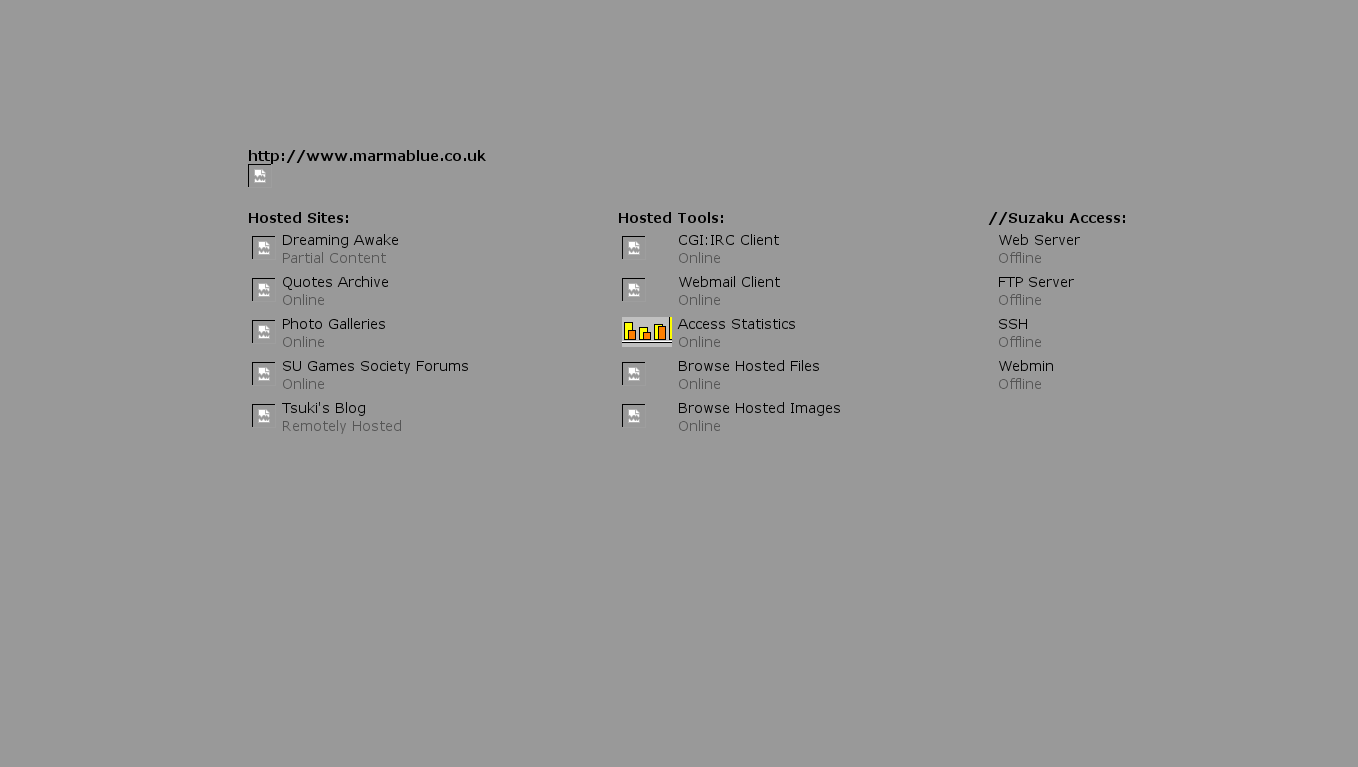 My blog was hosted on LiveJournal at this point, and looked something like this for the whole time I used it, from my first post in 2003 to the point I quit in 2011.

Back to hosting real content on my webite, now centred around fiction and stories. The site was renamed from “The Mad Marmablue Web Portal” to “Only Dreaming”, and was moved to onlydreaming.net. This used a custom back-end written in PHP that I remember being very proud of at the time. 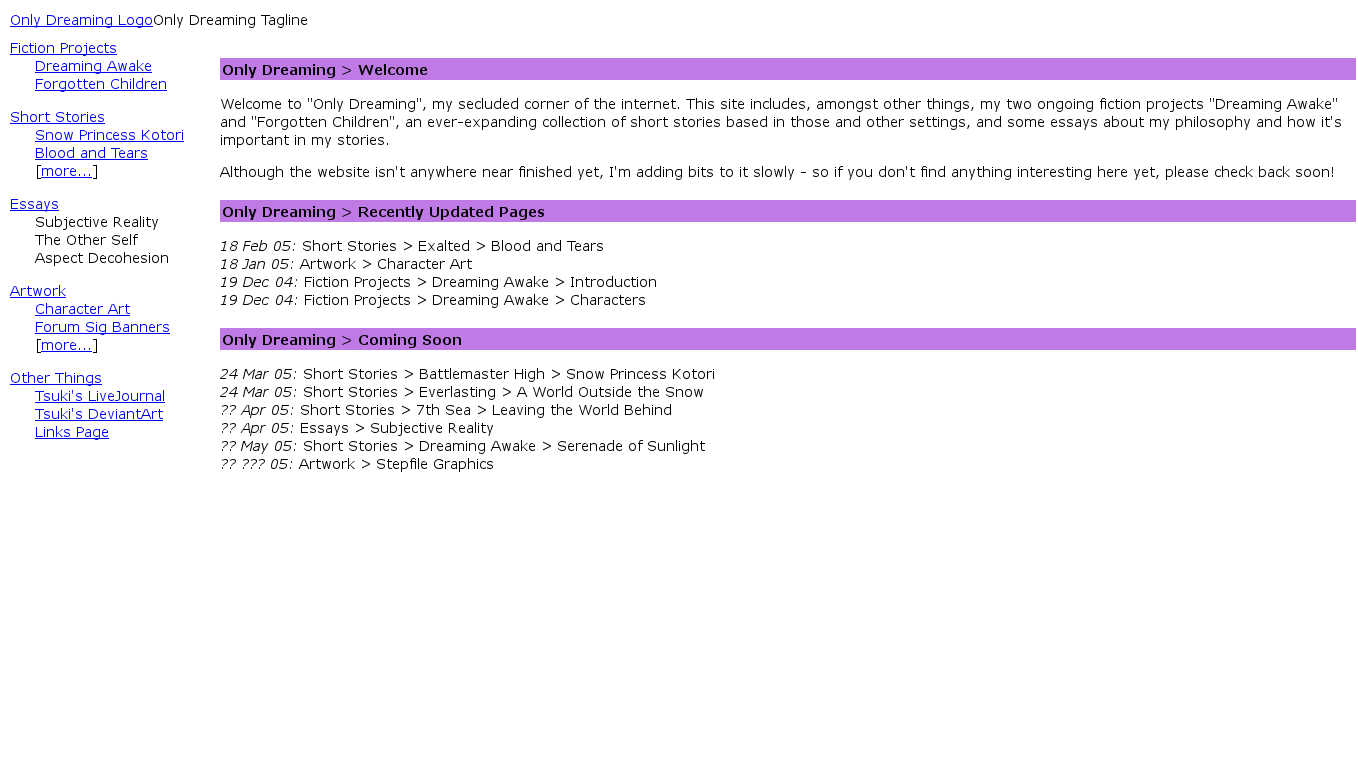 The site migrated via Drupal to WordPress between 2006 and 2009, but I can’t find a lot of this progression on the Internet Archive. My blog moved over from LiveJournal in around 2009. Here’s one of the still largely fiction-oriented WordPress themes. 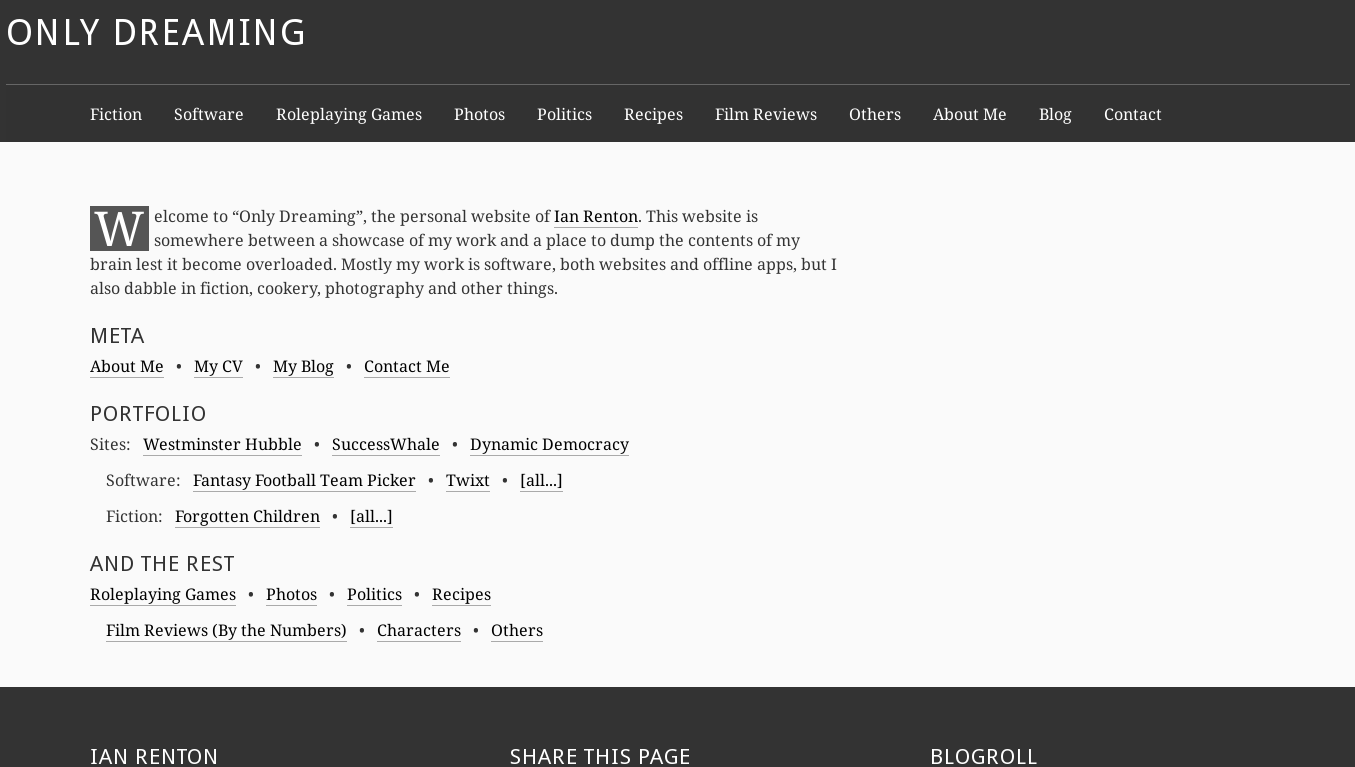 And a cleaner, sans-serif version. Use of CSS-minifying plugins in Wordpress has prevented the Internet Archive from capturing the stylesheets for a number of theme variants from around this time. 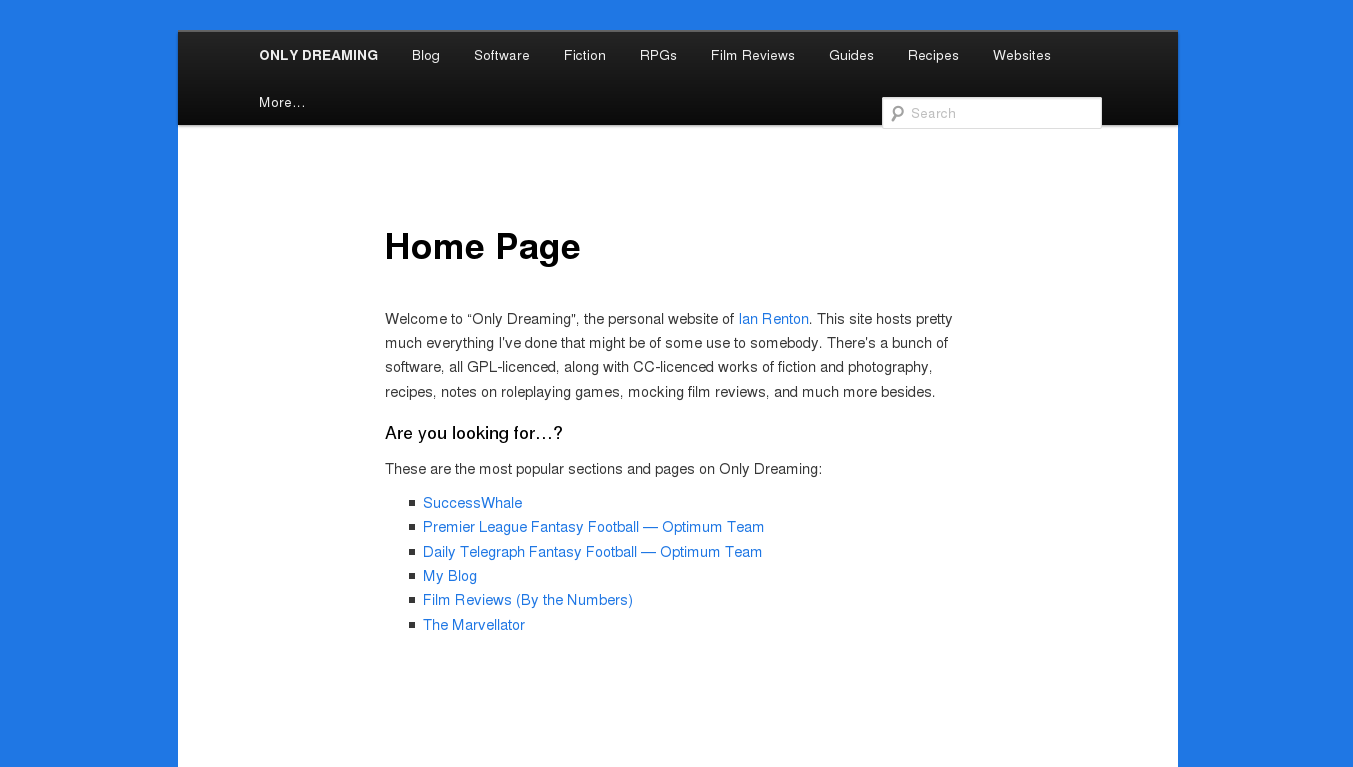 From around 2013 I moved from WordPress to Octopress 2 and dropped the “Only Dreaming” name in favour of simply ianrenton.com. This version is a plain HTML page that largely links to Octopress sites on a number of subdomains. Social network links and links to other sites I made are prominent. 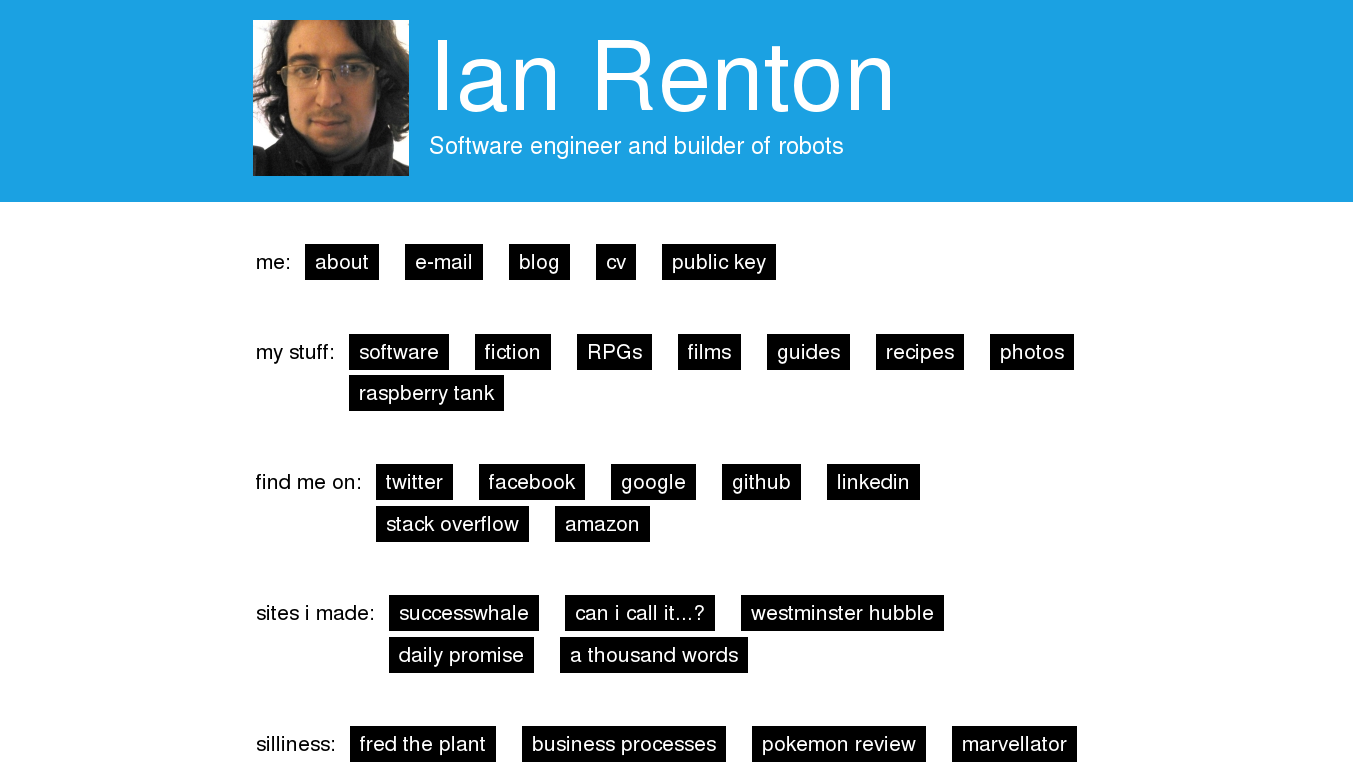 The Octopress 2 version of the blog, which was separate from other sections such as hardware/robots and software. 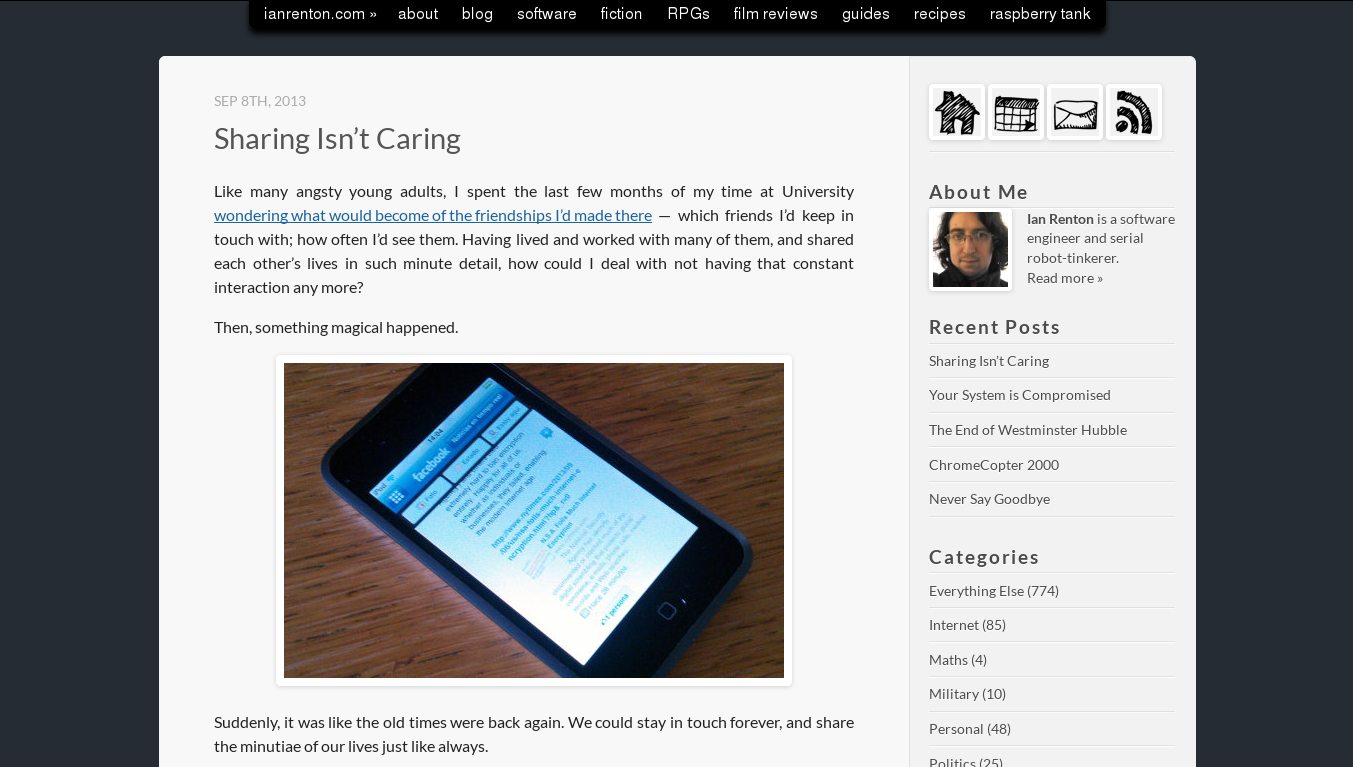 A prettier but much more image-heavy version of the homepage. Pictures for each link are monochrome until mouse-over when the CSS effect is removed and full colour is displayed. 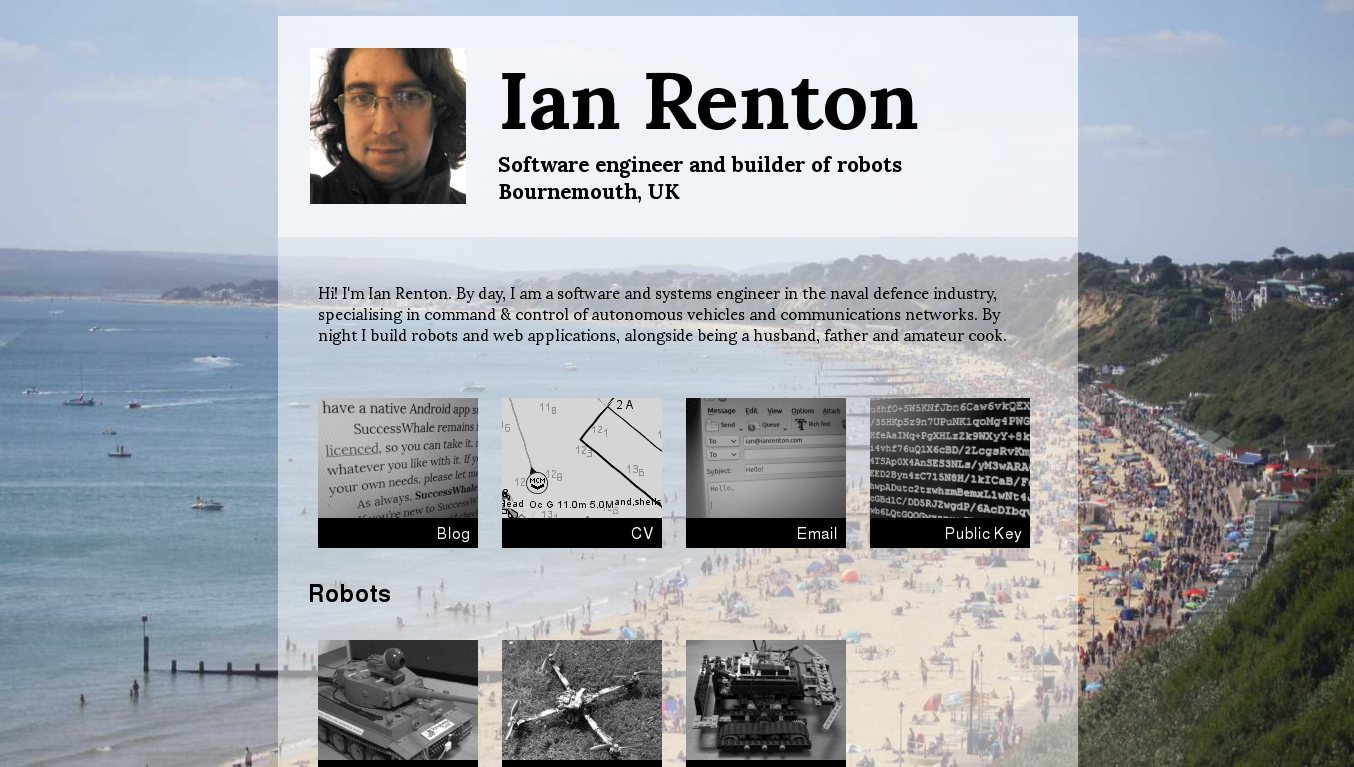 A small iteration on the Octopress 2 blog. 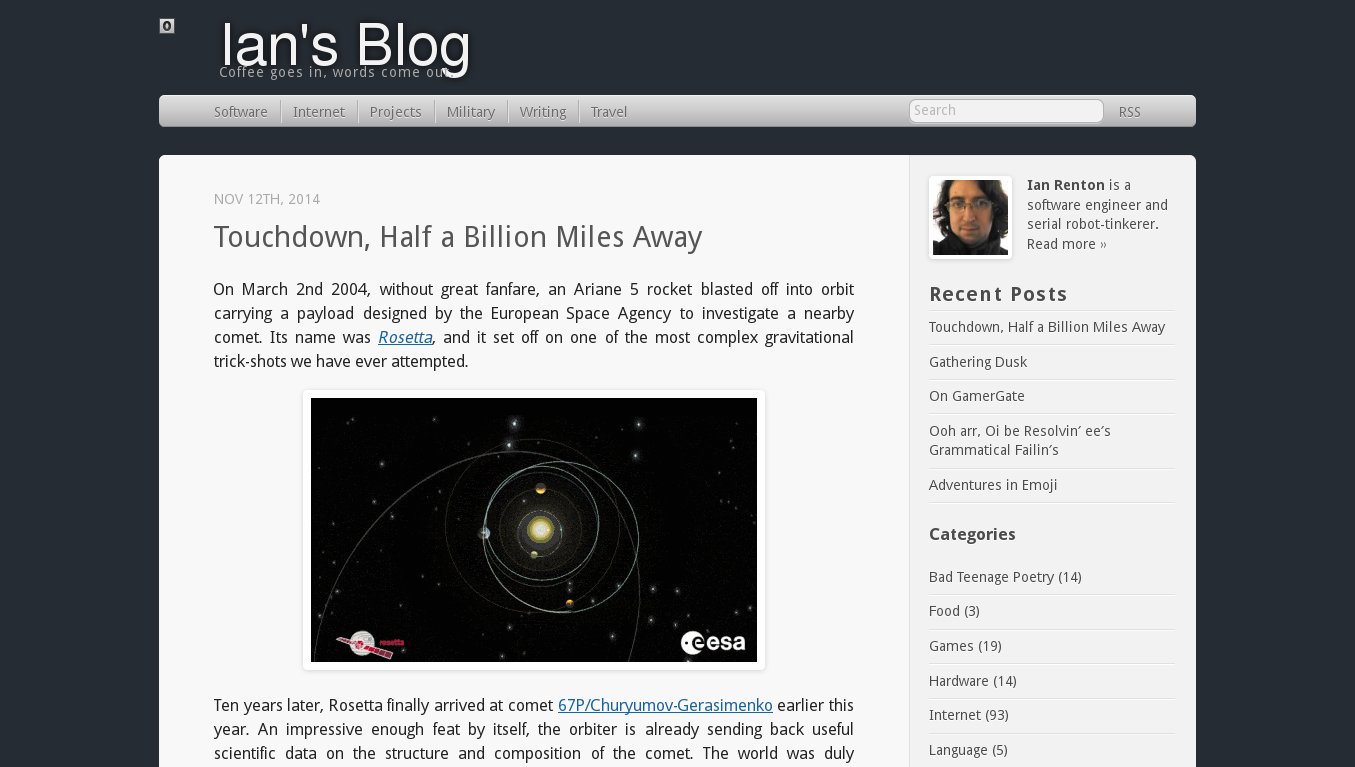 Everything back under one subdomain, now on Octopress 3 which makes this more easily possible. 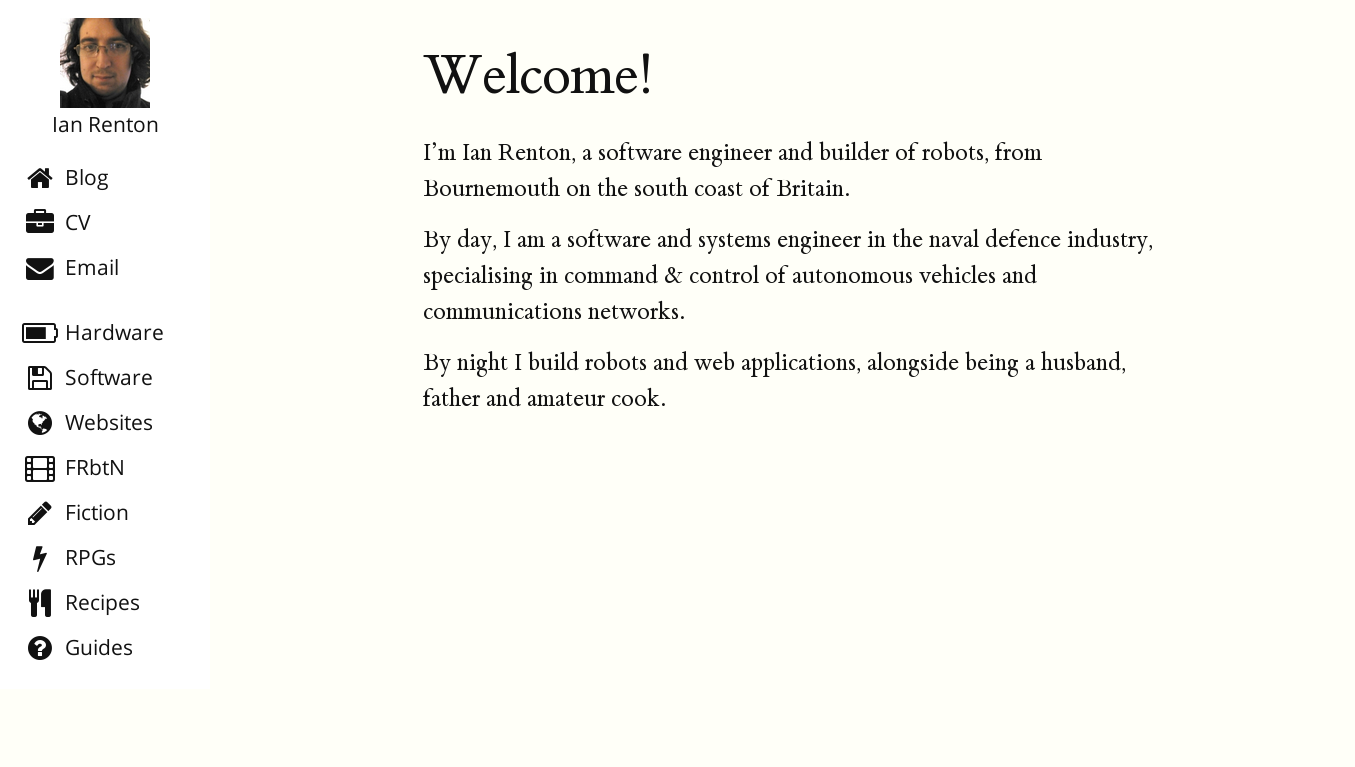 A short-lived “typewriter-style” version which I liked visually, but proved hard to read. 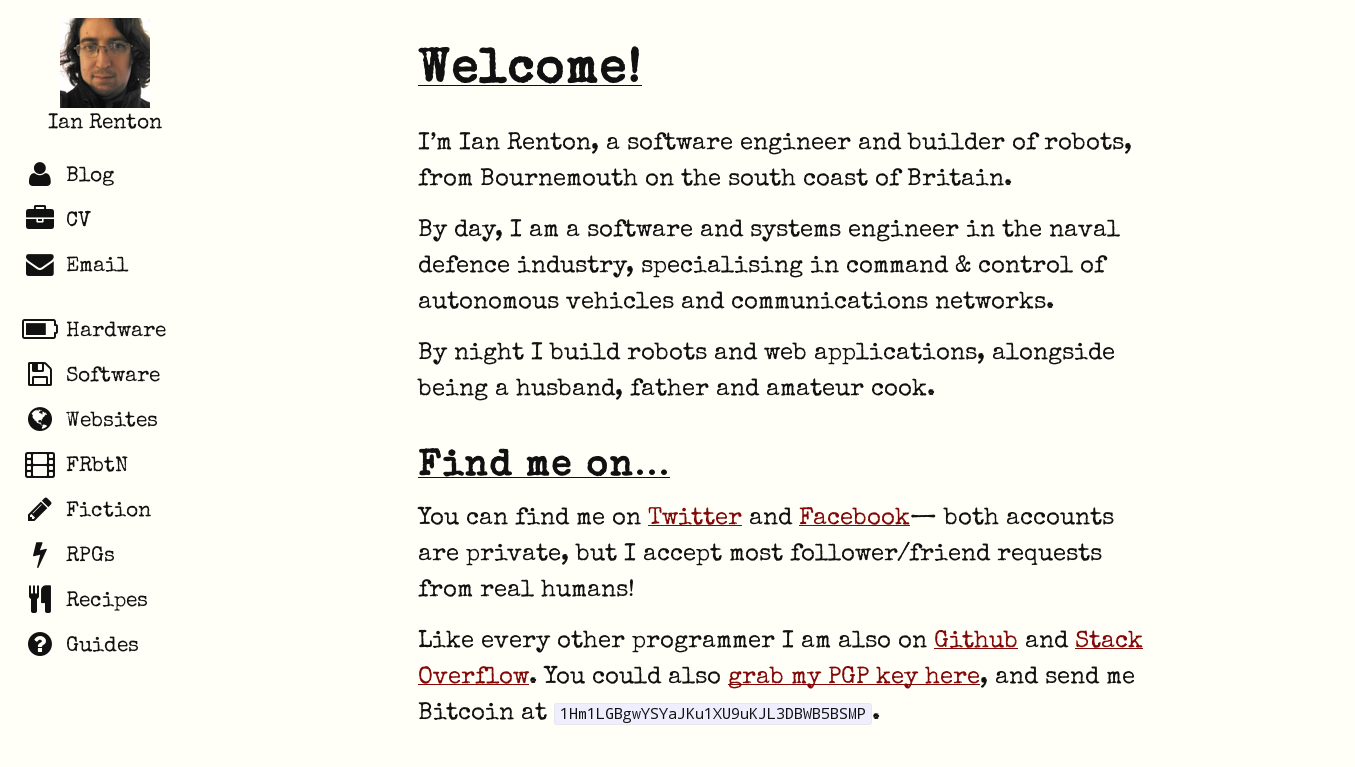 Another short-lived idea to accentuate headings and menus—a nice idea but I felt it distracted too much from the actual text of the pages. 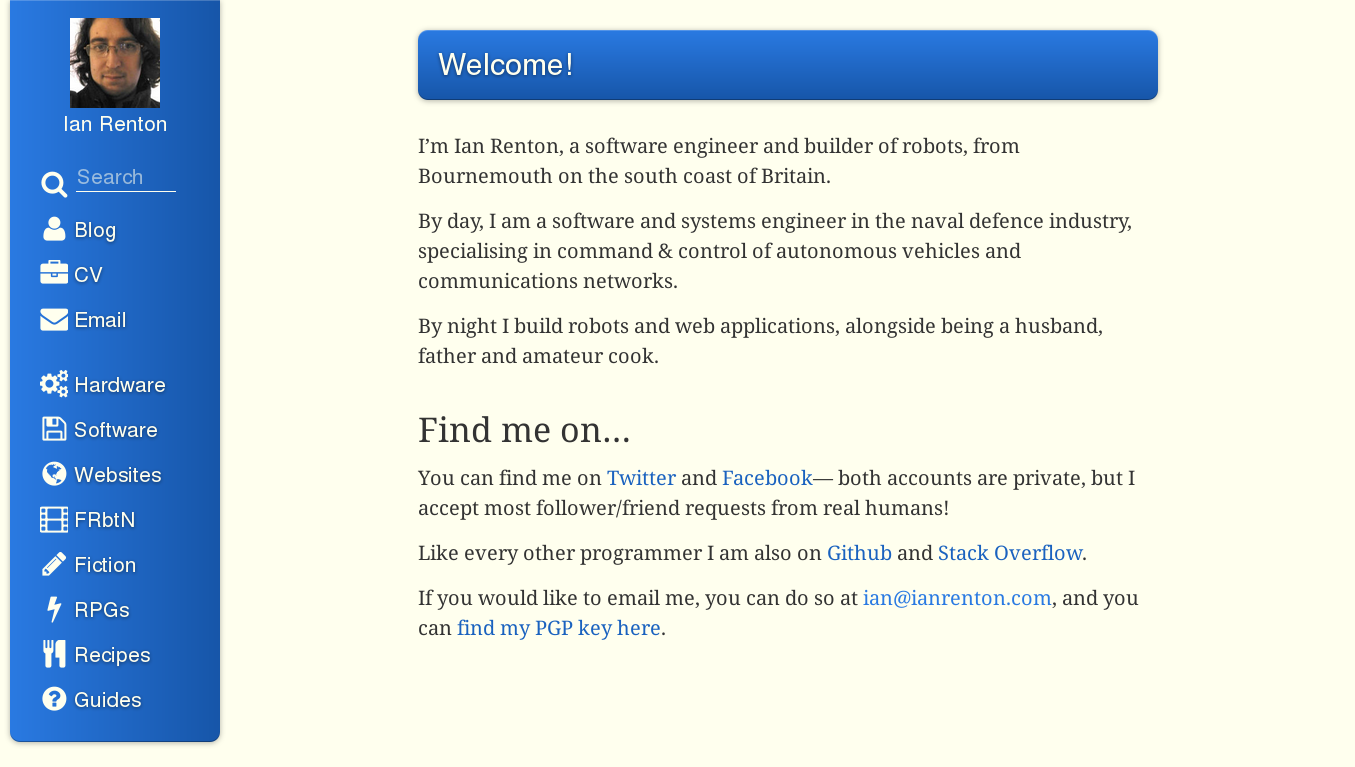 Back to a more stock-Jekyll theme, still serif and focussed on text. 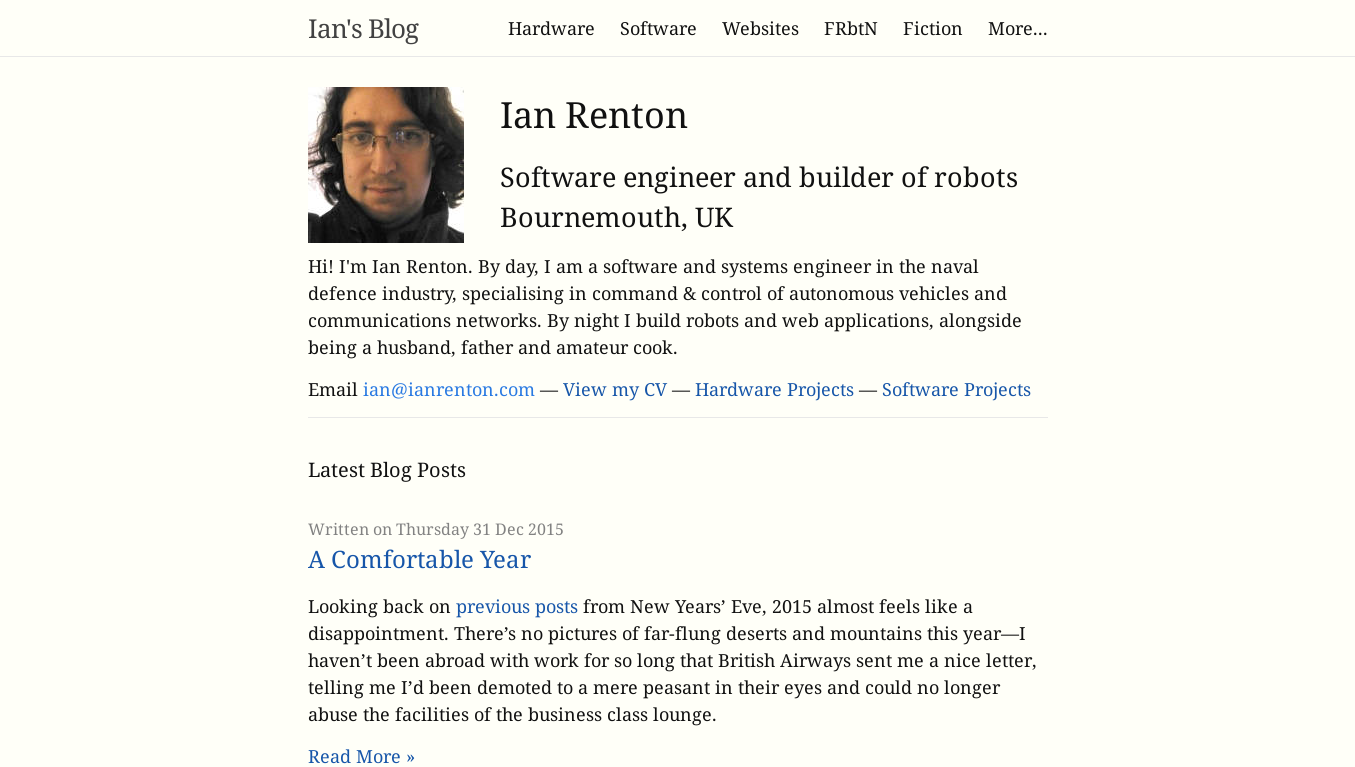 Some nicer coloured accents to distinguish menus and headings. 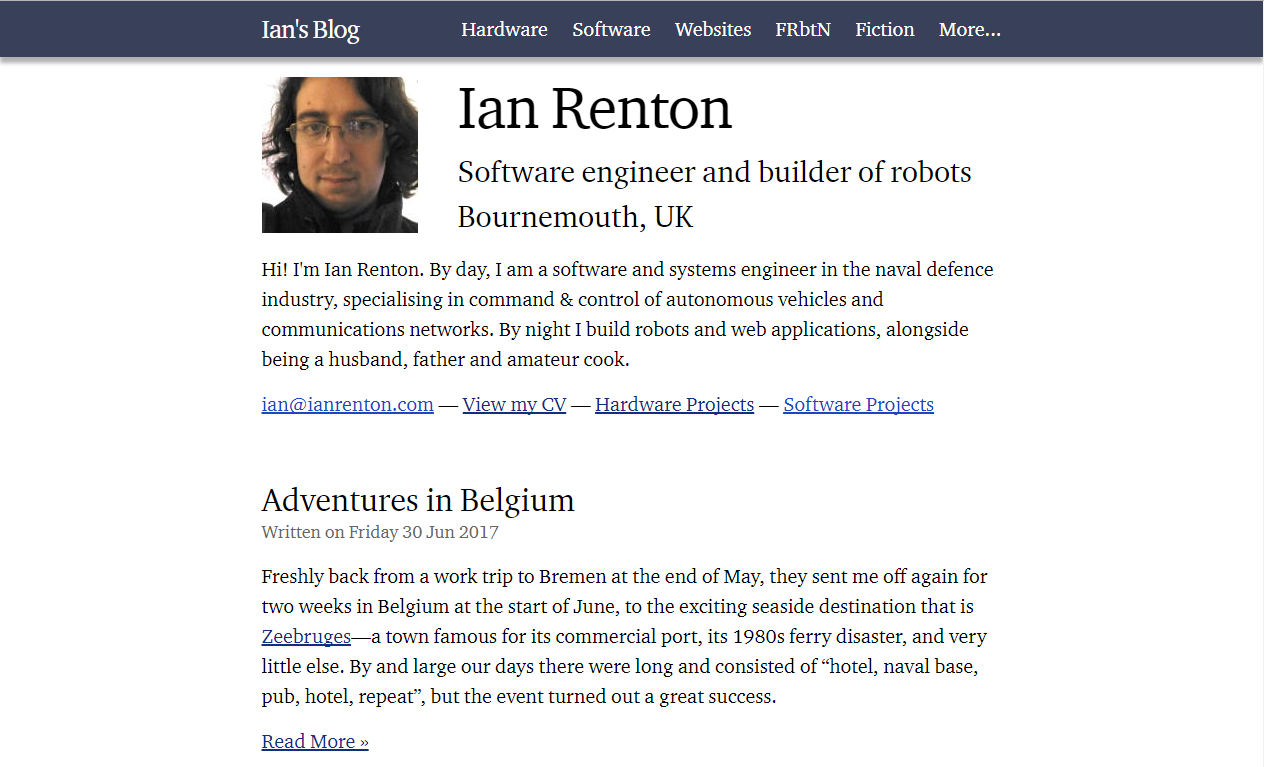 I quit “blogging proper” in 2018, leaving the old posts up for all to see. As of 2020, these are still available for interested visitors from search engines, but not linked to from anywhere. Instead, the main page showcases interesting hardware and software projects with alternating left and right images, a look inspired by some of the capabilities of Wordpress’ Twenty Twenty theme. 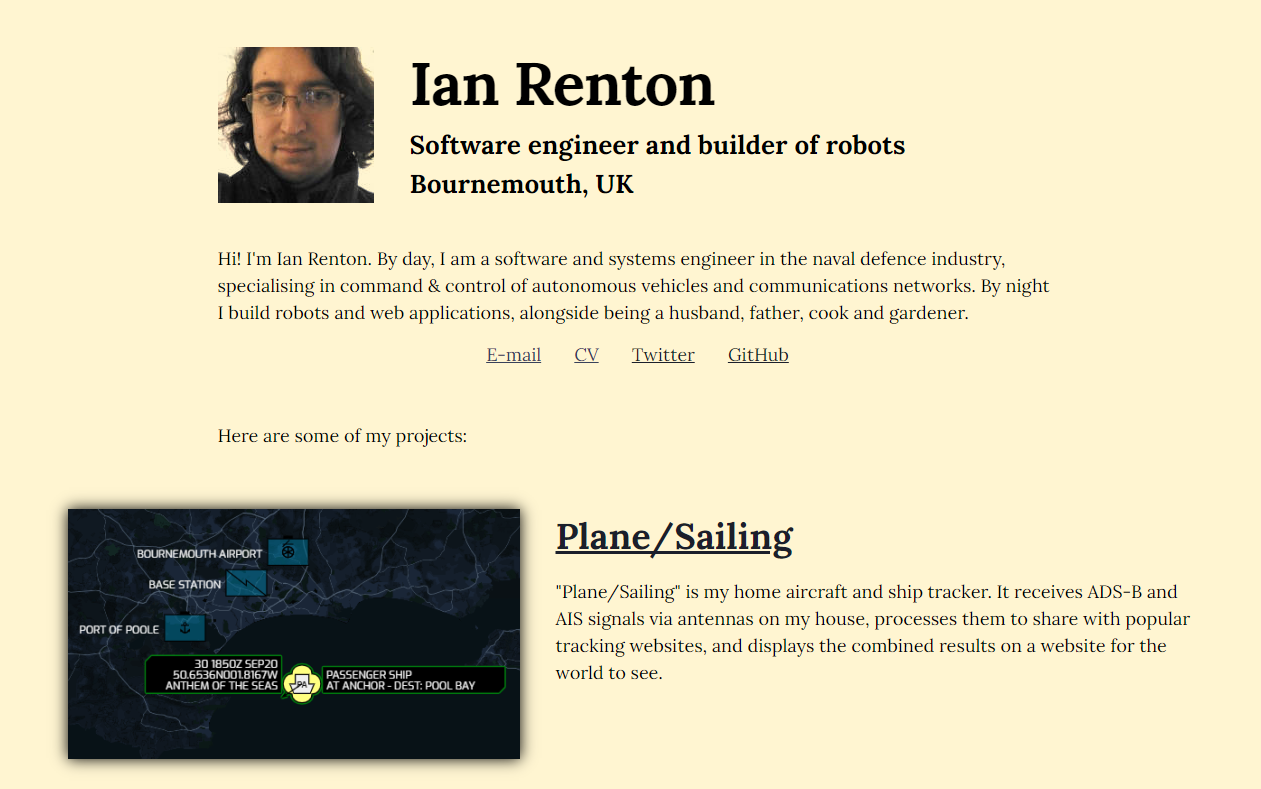 A change from serif to sans-serif fonts and a more modern design, in the form of a somewhat iOS-inspired look incorporating light and dark modes. Finally updated that photo from 2013 too… 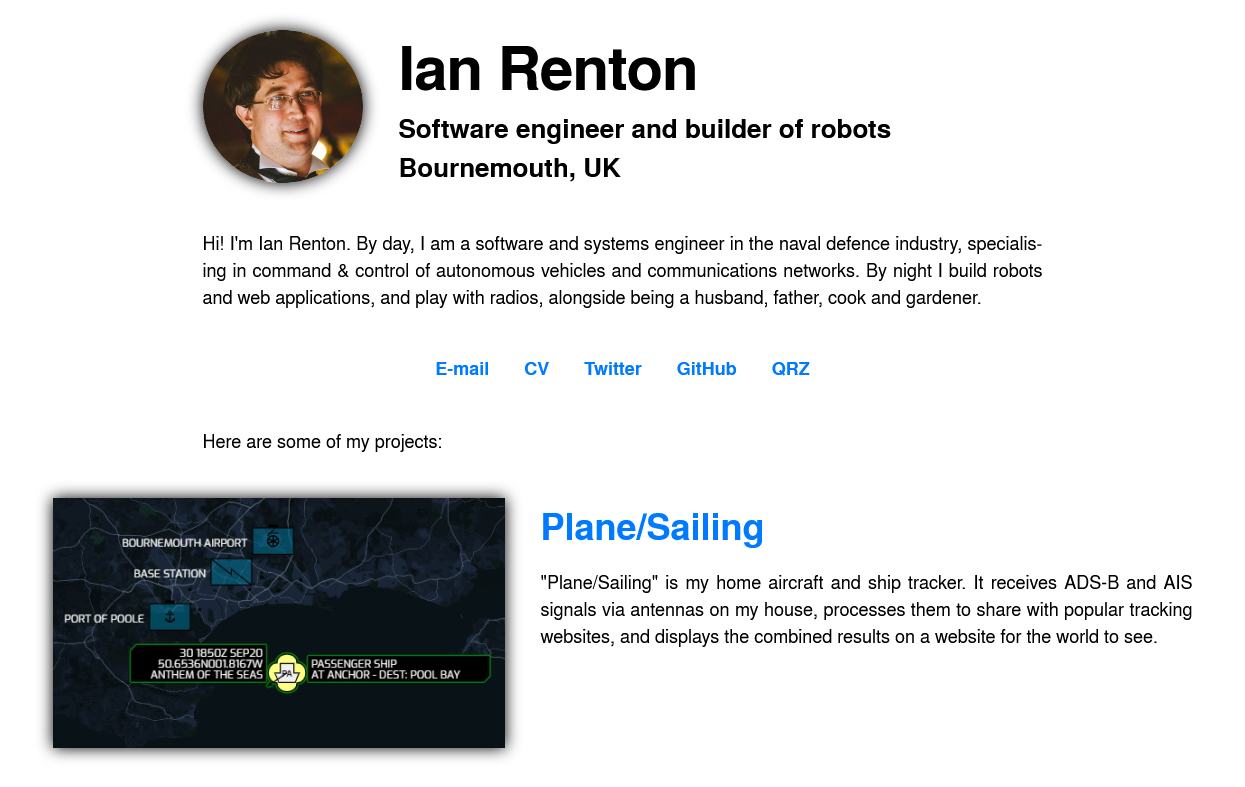 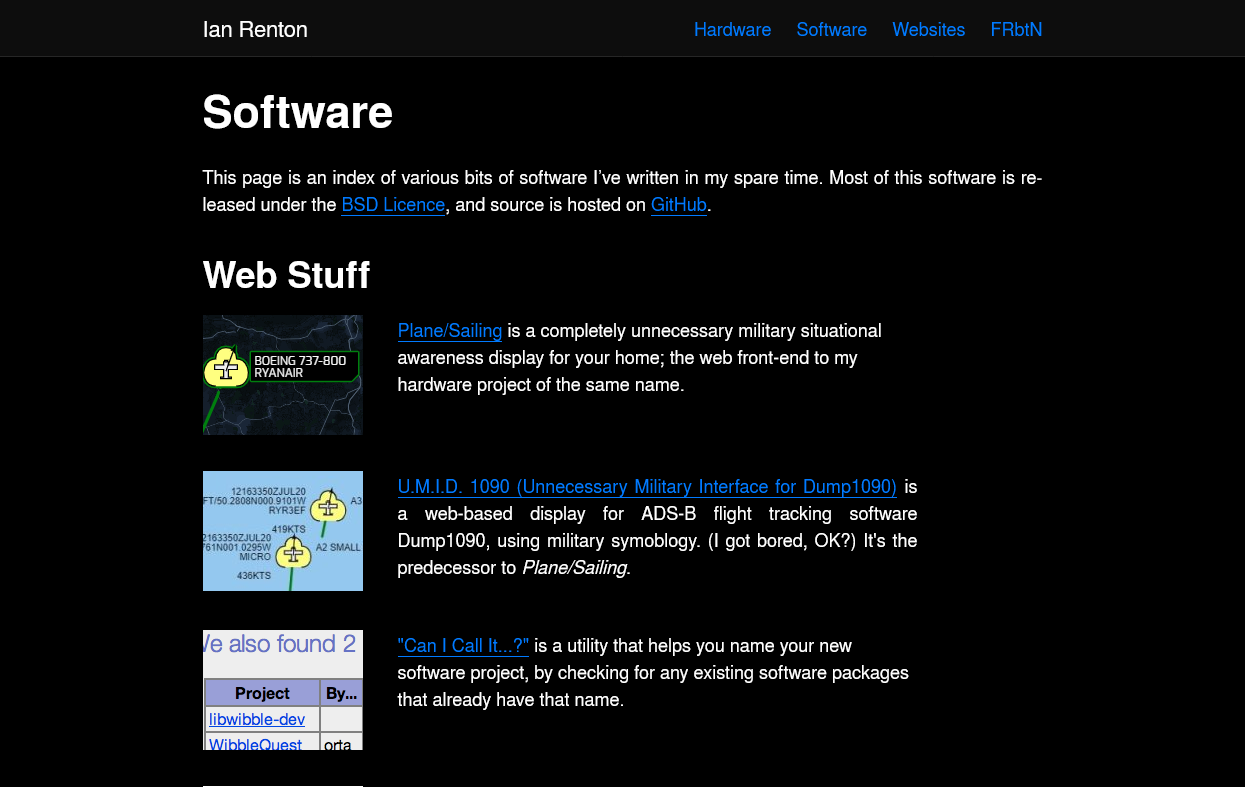 Some unused designs that never went “live” include these Windows 3.1 and BeOS/Haiku inspired designs for Jekyll: 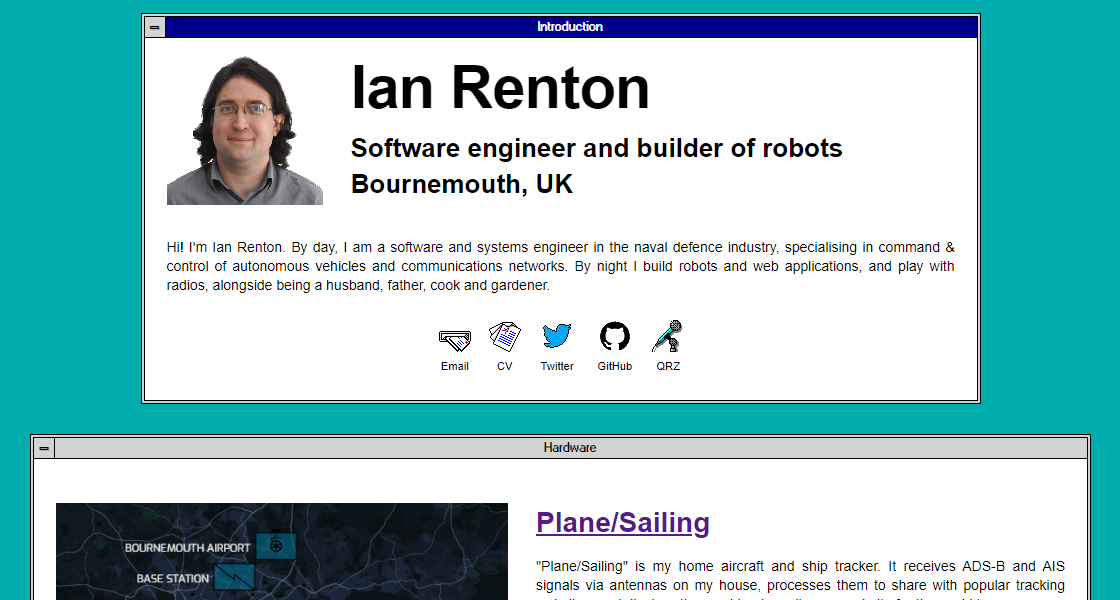 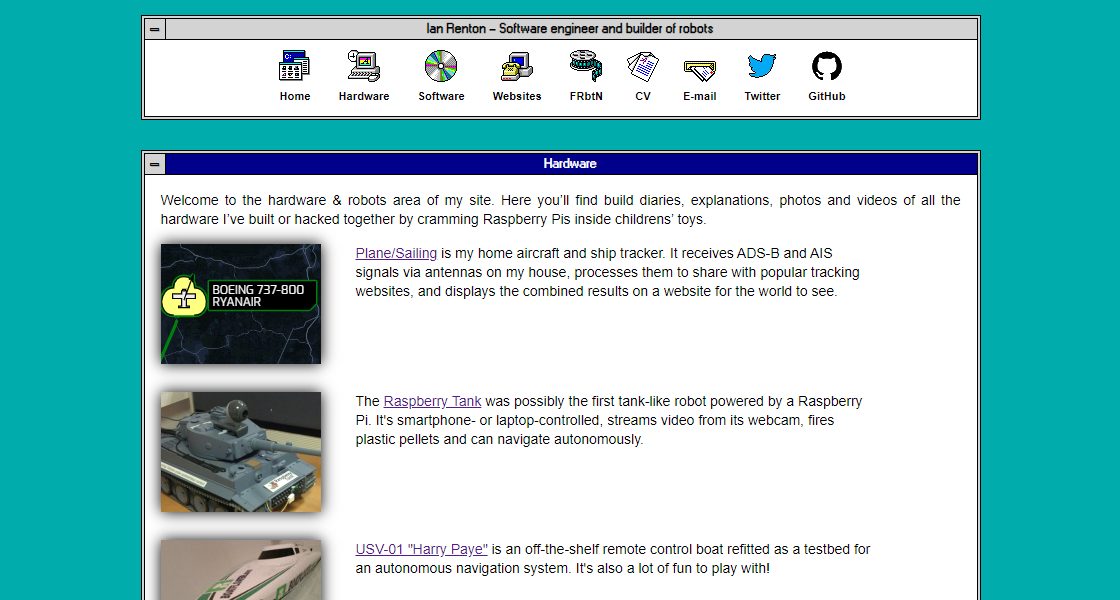 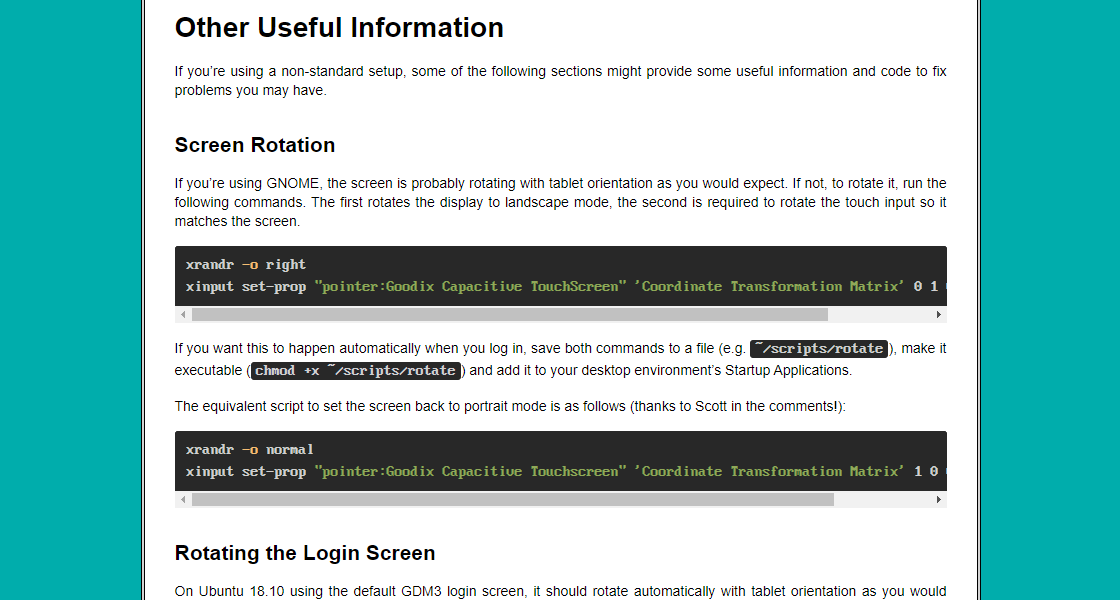 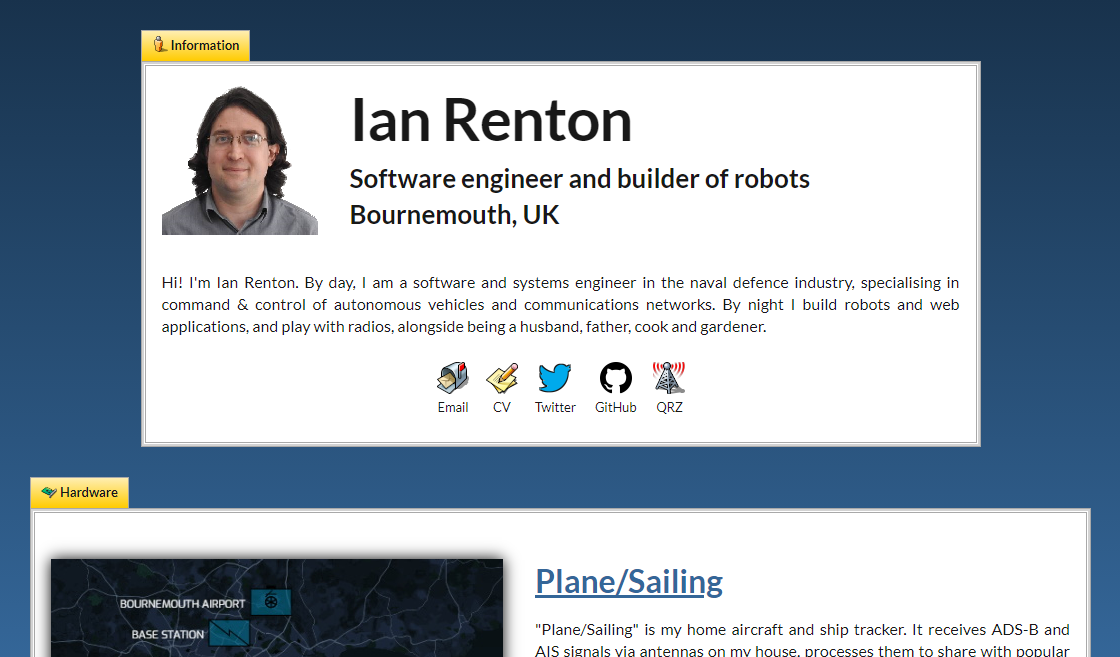 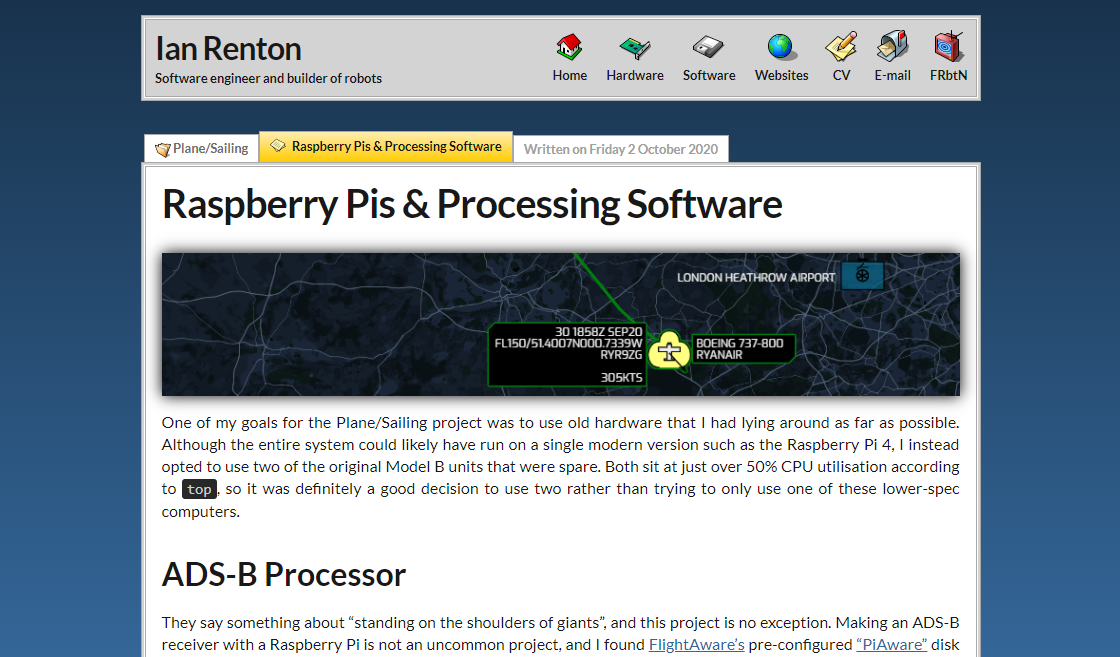 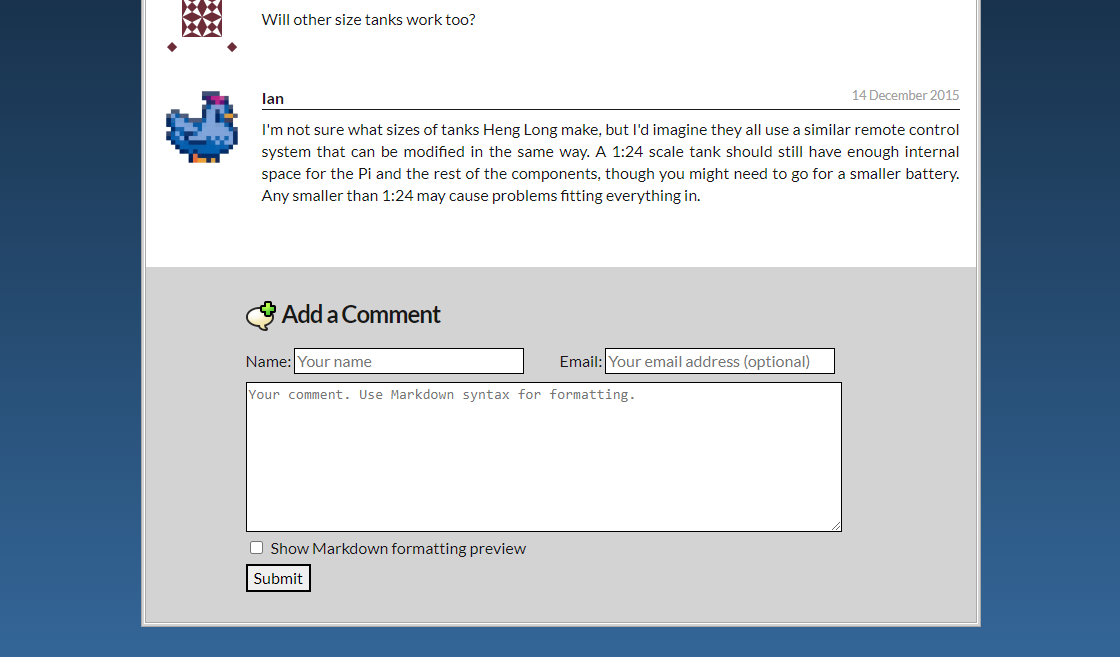