When I was born, thirty-one years ago, the UK was in the middle of some tough economic times. The value of the pound was low, and interest rates were high. But in the intervening years, despite the recession at the end of the 2000s, the overall trend was up. People were getting richer, quality of life was increasing, and the country was cooperating ever more with its neighbours.

Over the last eight hours, much of that was undone. 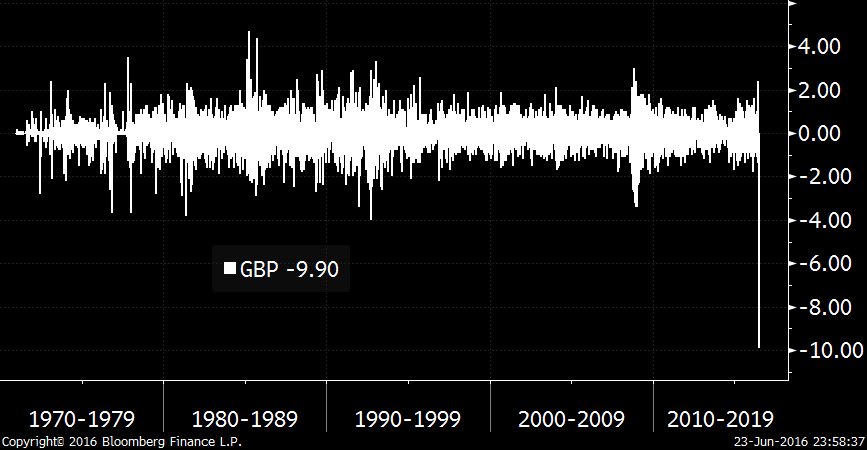 Yesterday, my country voted to leave the European Union. Today, the pound is worth as much as it was when I was born, back in 1985.

The impact of leaving the EU will trigger many shockwaves still to come. Besides the forty years of prosperity that Britain is busy undoing for itself, the EU has also presided over forty years of greater European cooperation. Every time we argue with Europe over whether we need legislation on the shape of bananas, we miss the point—the EU has helped to prevent war. Members of the EU have not warred with each other in seventy years, and part of that is down to the sense of friendship and cooperation that the organisation has fostered among its members.

It is the worst kind of nationalism and egotism that leads us to think Britain is so Great that it has no need for friends. 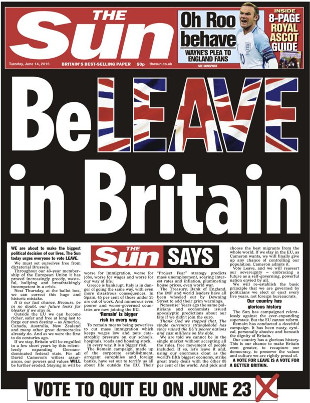 So what have we learned, the morning after 17 million people voted for us to leave?

We’ve learned that people believe whatever the newspapers sell, with tabloid headlines largely urging readers to vote “Leave”—which would handily give the likes of newspaper tycoon Rupert Murdoch more power over the UK.

We’ve learned that lying works, as Nigel Farage backed out of the Leave campaign’s promise to redirect £350m of EU spending to the NHS just hours after the “Leave” result was confirmed.

We’ve learned that racism and fear work, with many voting “Leave” on the dubious idea that leaving the EU would reduce immigration into the UK, and euroskeptic Baroness Warsi switching to the “Remain” camp over the “Leave” campaign’s “hate and xenophobia”.

We’ve learned that experts aren’t trusted, at least not by prominent “Leave” supporter Michael Gove MP and many voters, which may be the saddest indication yet that referendums are not an ideal form of democracy for decisions as big as this.

And we’ve learned that just as it always was, politics is where the old screw over the young. The young who have most to lose from leaving the EU overwhelmingly voted to remain, while the highest proportion of “Leave” voters were amongst the age group who are least likely to be around to deal with the fallout. 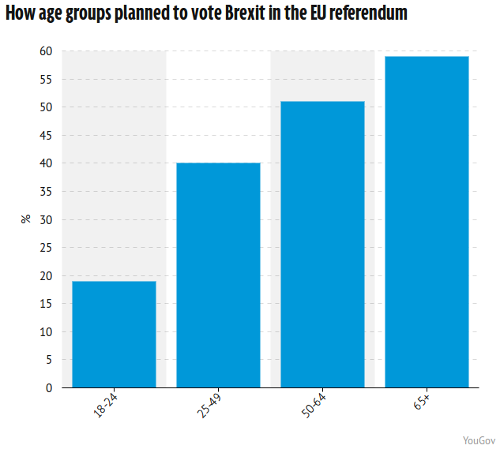 Around Europe and the world, the reaction is mostly one of shock. And amongst those leaders in favour of our decision? Trump. Putin. Le Pen. And not forgetting everyone’s favourite terrorist group.

Our country is not better off alone, wearing rose-tinted spectacles and longing for the “good old days” of a past that never was. Our country is better off with friends, working together for a future based on cooperation and peace.

But yesterday, we made a different choice.

[1] You just come here for the obscure Shakespeare references, right?