The morning dawned slowly, dark and damp. The roaring of the coffee machine echoed the roaring of the rain driving at the windows outside, and we assumed that would be that for the air festival this year. Looking at the forecast, it seemed like summer itself was over too. The next week will be overcast and wet, and then it will be September, and the long autumn season will draw in.

But by lunchtime the weather had brightened; one last gasp of summer sunshine, just long enough to let the Vulcan fly her last Bournemouth show.

XH558 is the last flying Vulcan, only one other can even taxi under its own power. Her wings hit the end of their flying life two years ago, and only £200,000 of donations and reverse-engineered parts ensured she could fly another two years. But now the wings are beyond saving, and her engines too. At fifty-five years old, The Spirit of Great Britain is long due her retirement. 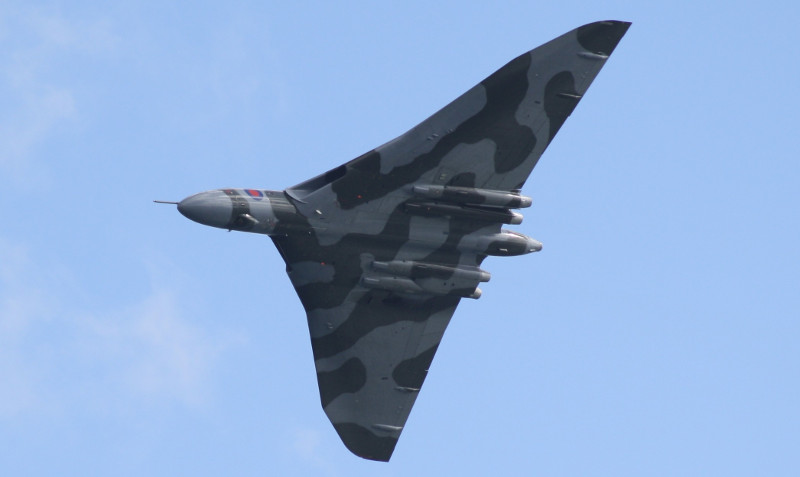 It was quieter on the beach today; many of the tourists had left early with the rain. But there were enough to give the Vulcan a proper send-off nonetheless. 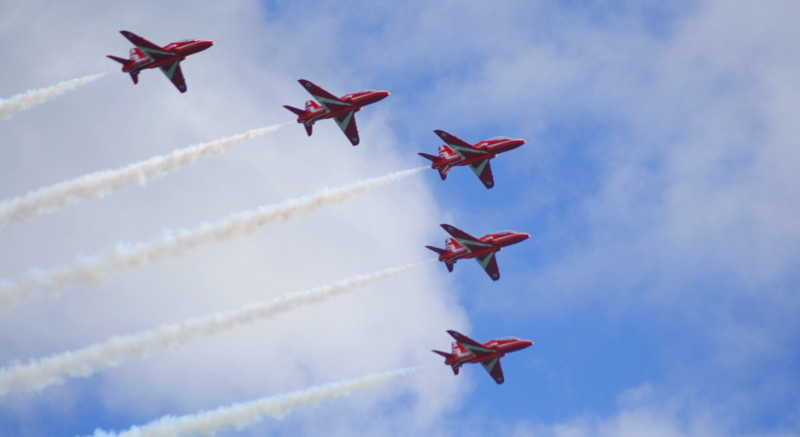 The sun has set now, the last of the tourists gone. The rain and the autumn are setting in; we are back to work and soon back to school. But for one last summer weekend, we had our air show, and it was a good one.