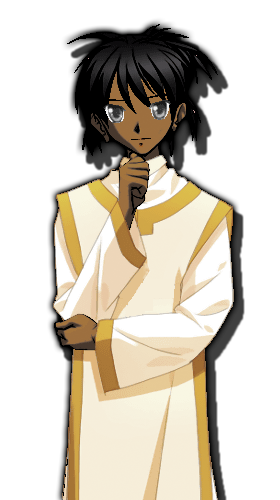 There are two great Southern nations of this world: the once great, now insufferable Empire of Kayir, and the secretive and immigrant-wary Feria. And then there's what's in between.

They get marked on maps as "The Free Islands", as if they'd gotten together and decided on a name for themselves. In reality, nothing could be further from the truth. There must be a thousand, ten-thousand islands or more, and no-one could see them all in a lifetime. Volcano-blasted hills of ash, thick forests, long sweeps of sand, and ten thousand tribes, a thousand languages, a hundred ethnic groups. And me.

I've been tempted, along the way, to find a place to call home. But it's not the life for me, of fitting in and working with a community and having wives and children. No, I belong on the sea, hopping from one port to the next, never spending a second night in the same place.

I sell charms and things, if you're interested. Better crops, fewer storms, relief from disease. "Guaranteed to work, ask your friends!" Everyone's heard of me, even on islands I've never been to before. The magic does work, though. More-or-less. Maybe it'll give fishermen a break from stormy weather, but what it definitely gives them is hope. And when you have hope, nothing's really so bad as it seems."