Ah, another visitor to the other world; the shadow town that lurks around and beneath the town of Bournemouth. Today I shall lead you on a tour of the strange and the weird, and I shall tell you the truth about places where those above know only lies.

King George Avenue is assumed by those of the world above to take its name from one of the six kings of England who have had that name up until the present time. That would of course be the simplest explanation, but as ever the reality is more complex. No, King George Avenue is named after King George the Eighth, widely renowned in many timelines as the first true Lord of Space. His reign will last from 2686 to 8770 in Historical Earth Years, although there will many gaps during that period where he is not to be found, and many occasions on which he will be spotted outside of those years. One of these came in the Earth year 1954, where the tales say he descended from the sky on a chariot lined with ermine and landed before the Planning Committee of Bournemouth Borough Council. So impressed were they with him that the Mayor had to file a legal injunction to prevent the Committee naming all the streets in Bournemouth in his honour.

Many humans think they have travelled along Owls Road, and think it nothing more than a normal suburban street between Boscombe and the sea. But they have not travelled the Owls’ Road.

The owls are cunning, and masters of disguise; they trick each human traveller with nary a thought. So while in the world above you might drive onto the road at one end and and emerge at the other, you did not traverse the space in between. You may see houses lining the street, but they are all empty.

The owls’ magic keeps it that way; their own silent and untouchable parcel of land.

No-one travels the Owls’ Road. Because the owls do not permit it.

Bounty’s Lane is named after a Jack Russell. This one, in fact. 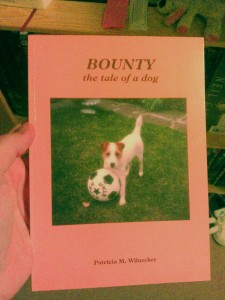 Credit where it's due:
Map tiles by Stamen Design (CC BY 3.0)
I can't really deny drawing inspiration from Neverwhere for some of this.
Bounty's Lane really is named after that dog. And incidentally, that was my football in the picture. Look ma, I'm famous.