Day 7 of the Raspberry Tank build diary saw us with nothing left to do but to plug the Raspberry Pi into the tank via the transistor board we built, and see if it works! 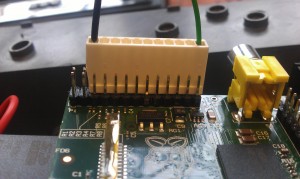 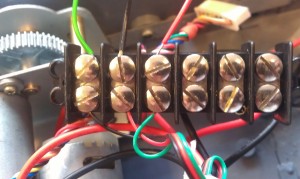 Now that the RF receiver board (TK-YL101-3) was no longer connected to anything inside the tank, it was removed by taking out the four small screws that held it in place. Then carefully photographed before being stuffed in the bag of “junk I took off this tank”. 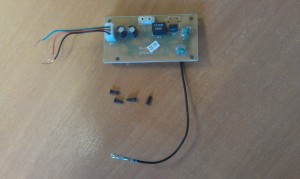 For this test, the software was also updated to include new bit codes – some of those used before were incorrect – and also to test the Forward, Backward, Left and Right controls rather than just Forward. The updated source code is on GitHub.

The Moment of Truth

Now that we have control of the tank, the fun can really begin. Built-in autonomy, smartphone remote control, sensors, webcams, GPS, laser-pointer-following and more are all still to come on the Raspberry Tank build diary!

Tune in next time to find out how we can power the Raspberry Pi from the tank’s battery – the first step to cutting the wires and being able to drive the tank around via remote control!