High in the thickly wooded foothills of the Lai Oronti mountain range lies the town of Taurë Peler. It is a place of sublime beauty, where glittering towers and shining leaves alike reflect the golden light of the sun.

The elves who live here know secrets few others have mastered—how to cultivate the bounty of the forest rather than flattening it for farmland; how to use the power of a storm rather than simply weathering it; how to hide their home from those they do not wish to find it.

The elves of Taurë Peler have lived in such a way for a thousand years or more. They have heard word of human empires’ rise and fall; seen warlords stake their claim and be defeated in turn. They have seen dwarven mining operations move across the mountains, exhausting the earth’s supply of some valuable rock before moving on. They have seen a hundred summers that scorched the grass to a crisp, and a hundred winters where their town was all but buried in snow. Yet life in Taurë Peler has gone on, largely unchanged, for generations. 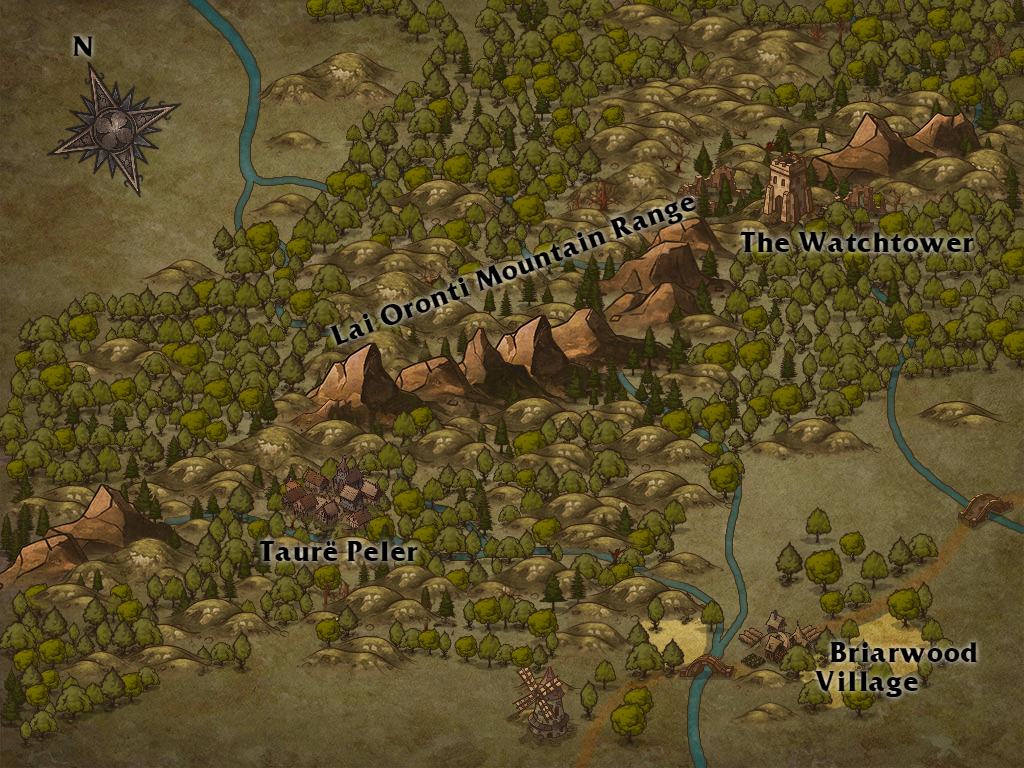 The magic that hides the town is strong, but occasionally, by extreme effort or just sheer dumb luck, outsiders wind up close enough to Taurë Peler that the Council decide that they are worthy of concern. It so happens that today is one of those occasions. And so, as talented young men and women of the town, you have been called to stand before the Council and be given a quest to undertake. It is a duty of great honour, and many of your peers will be envious when they see you return in glory, having done your part to keep the town safe.

And yet, a sense of unease has begun to creep up on the elves of Taurë Peler. The druids feel something—not enough to give a name or a shape to it, but something. The water doesn’t taste right, the breeze doesn’t feel right. Something is coming.