I could tell, as we headed back to our old haunts in our university town and the car stereo decided to play VNV Nation’s “Beloved”, that it was going to be a reminiscent sort of New Year. For the first time in many years, I spent at least part of the day with friends in Southampton—friends we have now known for 10 years, and who defined the time in which I came of age. And although we spent only a few hours—in some cases barely a few minutes—in their company, it was worth a lifetime. 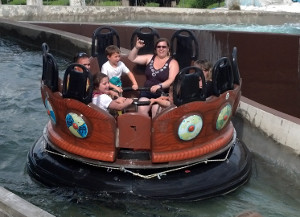 It was a year that started in snow, triumphed in a summer just long enough and hot enough to be remembered, and finished with storms battering against the tightly-shut windows.

It was the year Eric and I finally had our honeymoon, only two years after marrying. It may have only been two days, but we filled them with joy and love and books and for some reason also geese. More than anything we felt young again, a rare experience among parents.

It was the year that I spent my summer by the sea playing with boats and getting paid for it, a year I was given so many opportunities to shine and took every last one of them I could.

It was the year we gained a neice, and my wife’s family were all together about a table set for ten with food for twenty.

It was the year that I missed RABIES, a party still going after nine years. No longer will there be some old git who has been to every one of them. But although there are some friends from whom I have drifted this year, there are others to whom I have drawn closer. When my regular roleplaying game came to an end in April, I discovered it had left me with a group of wonderful friends that even without the game have been at our flat every Saturday night since. 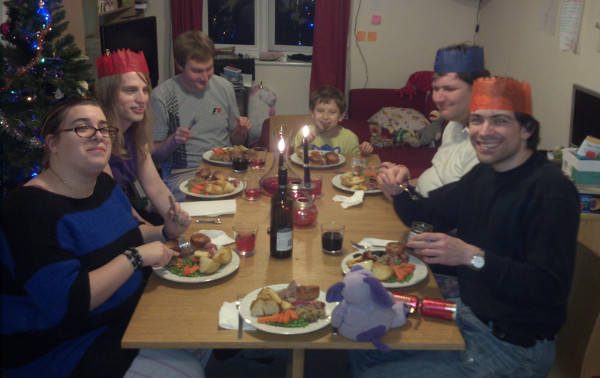 I have cooked more roast dinners and baked more cakes than in any year I remember, and in doing so brought friends and families closer.

And now I sit awake in a sleeping house, a glass of our own sloe gin in one hand and one of our own gingerbread biscuits in the other. In London, fireworks blaze and music blares across the city. Here by the sea, thunder rumbles and rain pours in chorus outside. But I have my friends and my family, my kith and kin, and that’s all I have ever needed. 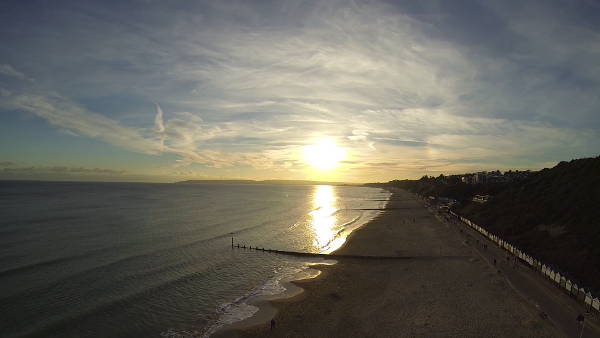 I raise my glass, to family and friends near and far; to all away and at home; to the little gods of sloes and fireworks and cold January mornings; to all that changes and all that stays the same; to the spirit of the year departed and that of the one that begins tonight.